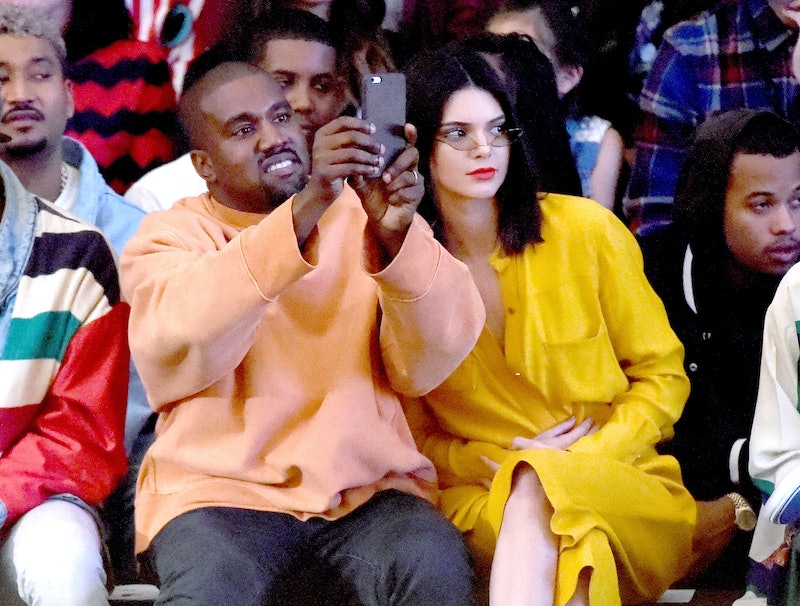 Kanye West is making major headlines this week, and not only for his controversial Famous video. More news involving the rapper has been circulating around the web recently, leading many to ask the question — what is Adidas + Kanye West? If you have come across the term in your social media feeds and weren't sure what it meant, let me break it down for you.

On Wednesday, the brand took to Instagram to announce a new partnership with Yeezy himself, a more permanent one, titled Adidas + Kanye West. The new line is an extension of their previous collaboration, which started roughly two years ago and reached cult-like popularity with the highly-coveted Yeezy sneakers. This "Yeezy branded entity," as referred to in a press release, will include not only footwear, but also apparel and accessories for all genders in the realms of both sport and street.

As now long-term partners, the duo plans to release innovative performance-focused designs that skew less on lifestyle and more on athleticism. According to the press release, the joint venture will also extend to include retail stores made specifically for new Adidas X Yeezy merchandise. Perhaps this means our chances of snagging Yeezy Boosts will increase now? Let's hope so.

The release date has yet to be confirmed since this was just announced, but is rumored to be sometime in early 2017, according to High Snobiety.

"With adidas + KANYE WEST we are exploring new territories by opening up the sports world to Kanye's creativity. This is what adidas has always been about, empowering creators to create the new," says Adidas CMO, Eric Liedtke in the release. The brand clearly believes in Yeezy's creative genius.

We have already seen what Kanye can do when it comes to clothing design with Yeezy Seasons 1-3, so you know his new Adidas apparel will be epic.

More like this
Phoebe Dynevor Serves ‘Bridgerton’ Underboob In Stunning Floral Gown
By El Hunt
J.Lo's Micro-French Manicure Has A Fun, Sparkly Twist
By Olivia Rose Rushing
30 Of Kendall Jenner’s Best Runway Looks To Date
By Dominique Norman
Looking Back At Kylie Jenner's Best Fashion Week Looks
By Allie Fasanella
Get Even More From Bustle — Sign Up For The Newsletter
From hair trends to relationship advice, our daily newsletter has everything you need to sound like a person who’s on TikTok, even if you aren’t.