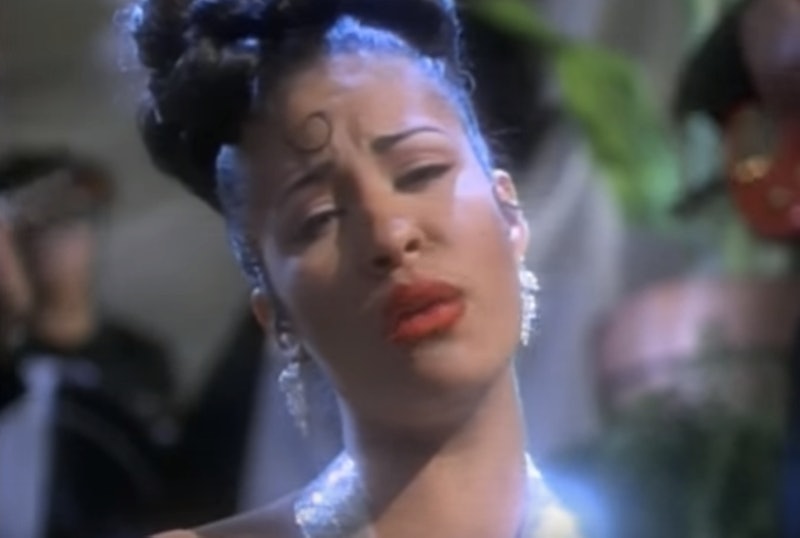 Last March, fans all over the world mourned the 20th anniversary of Selena Quintanilla's untimely death at the tender age of 23. Although her career and life was cut tragically short, Selena still accomplished incredible feats in her music and other creative endeavors. She was a multi-talented artist who broke the mold and challenged what it meant to be both Latin and born in the United States, something that always stood out to me as a Latina girl myself. At a press conference on June 28, the Hollywood Chamber of Commerce announced that Selena would have her own star on the Hollywood Walk of Fame in 2017, and the only thing us fans have to say is: FINALLY!

It has already been 21 years since Selena's death and she is still breaking barriers as being one of two posthumous awards being given out in 2017 (the other is composer Jerry Goldsmith). According to the official site, usually only one posthumous award is given each year, but I like to think that Selena was special enough to make the cut. This has been a good year for Selena fans, as MAC is gearing up to release a Selena inspired cosmetics line, and now Hollywood is celebrating the Latina artist who paved the way for many artists after her.

Because it's finally happening, here are just a few reasons that I think Selena's star on the Walk of Fame was way overdue.

1. She Broke Records As Latina Singer In The U.S.

Selena was recently named one of the most influential Latin artists by Billboard for the ease at which she broke records for Tejano music. In 1986, she won the Tejano Music Award for Female Vocalist of the Year and people finally gave notice to the young woman in male-dominated genre. In 1994, she became the first Tejano artist to win Best Mexican/American Album at the Grammy Awards. It's also noteworthy that Selena's 1994 album Amor Prohibido became the best selling Latin album in the U.S., only to be surpassed by her posthumous album, Dreaming Of You.

2. She Had An Incredible Voice

Let's just keep it real here: Selena's voice was a thing of beauty. She had a huge range and transitioned between Tejano music, pop, R&B, funk, and disco.

3. She Set Fashion Trends For Years

Early in her career, people would call Selena the "Mexican Madonna" for her love of bustiers and very, very tight pants, boots, and sequins. Selena wasn't afraid to rock a crop top and show off her femininity. And her upcoming MAC collection is proof of the impact her makeup still makes on women all over the world.

4. She Was An Amazing Performer

Selena could not only sing, she could dance. One of her signature moves was the "washing machine" cumbia move, and a depiction of her mother teaching her is shown in the 1997 film Selena.

5. She Has Inspired Tons Of Performers

The above video highlights how many of today's big stars count Selena as their inspiration. Notably, Beyoncé has said that listening to Selena helped her with her Spanish pronunciation, and Demi Lovato has spoken about being a huge fan as a young girl from Texas. Selena Gomez was named after Selena, and has even covered her song "Bidi Bidi Bom Bom" as a tribute.

6. She Was A Wonderful Role Model

Selena was not only talented in so many ways, she always maintained an upbeat attitude and wanted to be a positive role model for Latino kids and beyond. She was a young girl who accomplished her dreams and didn't let it all go to her head. Selena pretty much had it all.

A Hollywood star might not be as bright as Selena was, but it's a pleasant reminder of the light she always shone. Now, fans in the decades to come can take a little part in remembering that when they spot her name on the Hollywood Walk of Fame.