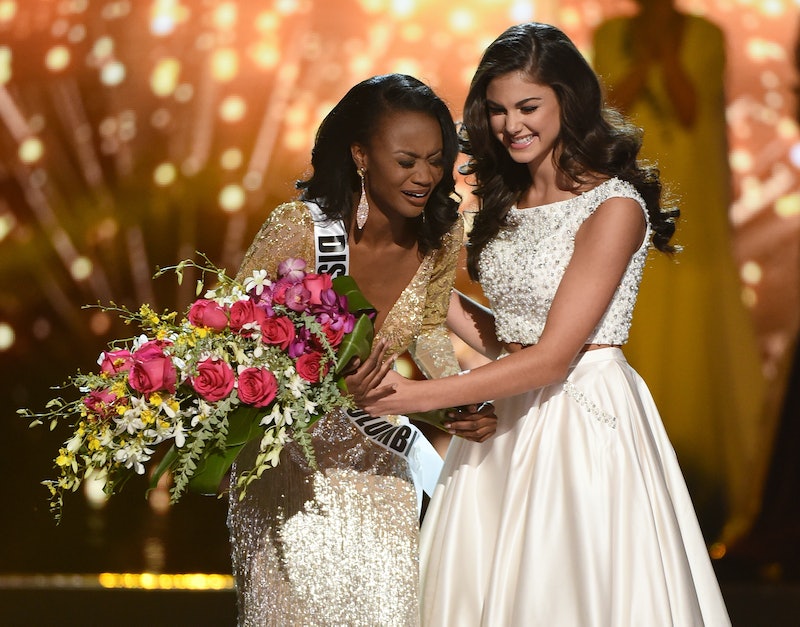 Whether or not pageants are feminist is a subject regularly debated, but the way that pageants can often empower their contestants cannot be seen as a negative. On June 29, Miss Teen USA announced it would be canceling the swimsuit category of its event, as per a press release by the Miss Universe Organization, and its replacement is way more empowering than all of the other categories combined.

When it comes to teenage or child pageants, it isn't difficult to become filled with skepticism. It only takes one viewing of Toddlers And Tiaras to put most of us off the concept altogether. But one category among them all arguably stands out as the most outdated and most objectifying for women and children: swimwear.

Considering that there's no actual swimming involved in pageantry — and that being able to swim isn't a requirement of any Miss USA pageant, teen or adult — the aim of the game seems simply to ogle at individuals wearing as little clothing as possible. It's a phenomenon much more sinister when applied to teen or child pageants, even if they are simply following the traditions of the adult version of Miss USA.

Miss Teen USA, however, will be replacing swimwear with athletic-wear. It remains to be seen what this category entails precisely, but by taking the only athletic portion of the competition (if swimsuit modeling can be called athletic) and replacing it with athletic-wear in general, the implication of objectification feels somewhat lessened.

The shift is seemingly being used as a step forward for the competition regarding feminism and the empowerment of women. The press release describes the reasoning for the change in wholly positive terms:

"This decision reflects an important cultural shift we’re all celebrating that empowers women who lead active, purposeful lives and encourage those in their communities to do the same. Our hope is that this decision will help all of Miss Teen USA's fans recognize these young women for the strong, inspiring individuals they are."

This seems like a success for feminism in an era that has been championing the movement in the mainstream unlike any other. Although it's only a minor tweak, and I'm sure many other feminists will disagree on its validity, I can't help but feel that this is a step away from the old-time objectification women and girls have suffered previously: The type that is, arguably, regularly perpetuated by pageant culture at large.

To see the difference for yourself, you can check out the Miss Teen USA pageant online on July 30, 7 p.m. PT and 10 p.m. ET. The event will be live-streamed on the web straight from The Venetian Las Vegas. With the swap from swimwear to athletic-wear, it's sure to be a pageant at least somewhat different from those of yesteryear.