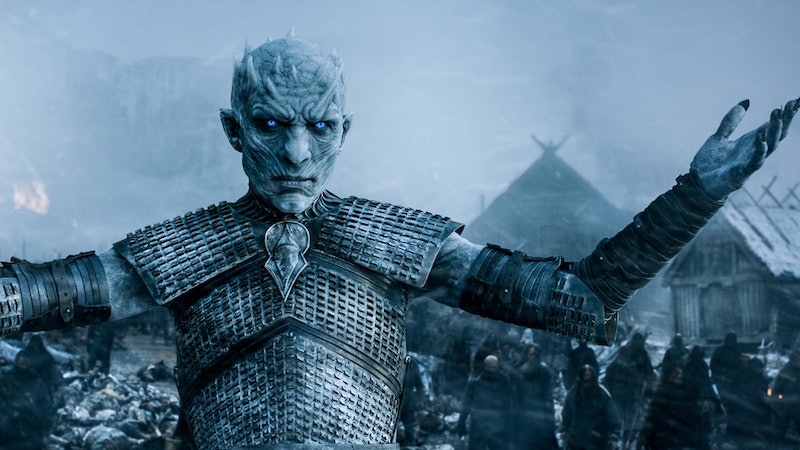 We've been hearing about it since day one of the series, and now it's finally happening: Winter is here on Game of Thrones. As a fan, this is an exciting development — but also a bit like stepping into uncharted territory, potentially even enemy-ruled land. What does it mean for Game of Thrones now that winter is here? Even before you knew anything else about the series, I'm betting you recognized the phrase "winter is coming" — they've been used so much by the show and its fans alike that they've become almost a cliché at this point. Hey, these things are bound to happen after six seasons. And it's precisely because we've said it so much that maybe the phrase has lost its meaning, and we're left confused now that winter actually is here. So, now that the fateful white raven has been sent by the Citadel to signify the official beginning to the season, let's try to remind ourselves what winter being here really means.

First of all, it's important to note that, in Westeros — the fictional world where the series is based — the seasons don't subscribe to a fixed length, though they still follow the same basic patterns as ours. So instead of having a standard four seasons in a year that you can rely on and predict, those seasons can last for years at a time, and there's no exact way to know when they will begin or end. (Although that object Sam saw in the library during the GoT finale may certainly be helpful.) For instance: In the beginning of A Song Of Ice And Fire, readers were informed that the story is currently in the midst of a summer that has lasted nine years, which is an unusually long time, and has the maesters worried that an unusually long winter will follow.

In this world, any winter is significant, because — particularly in the North — it signals death for anyone not adequately prepared for what's to come. This is the reason it's such a central part of the Stark words. That family has survived more than their share of winters, so they've got the whole process down pat, and they want others to be aware too. So, these words always apply, but never more so than this particular winter that we're staring down the barrel of right now. This winter represents more than just interminable cold, it represents the approaching showdown between humans and White Walkers, good and evil, and, most importantly, the Night's King and Jon Snow.

In short, it's not weather, it's a war. And it's not coming, it's here. So hold on tight, because Season 7 is gonna get crazy.