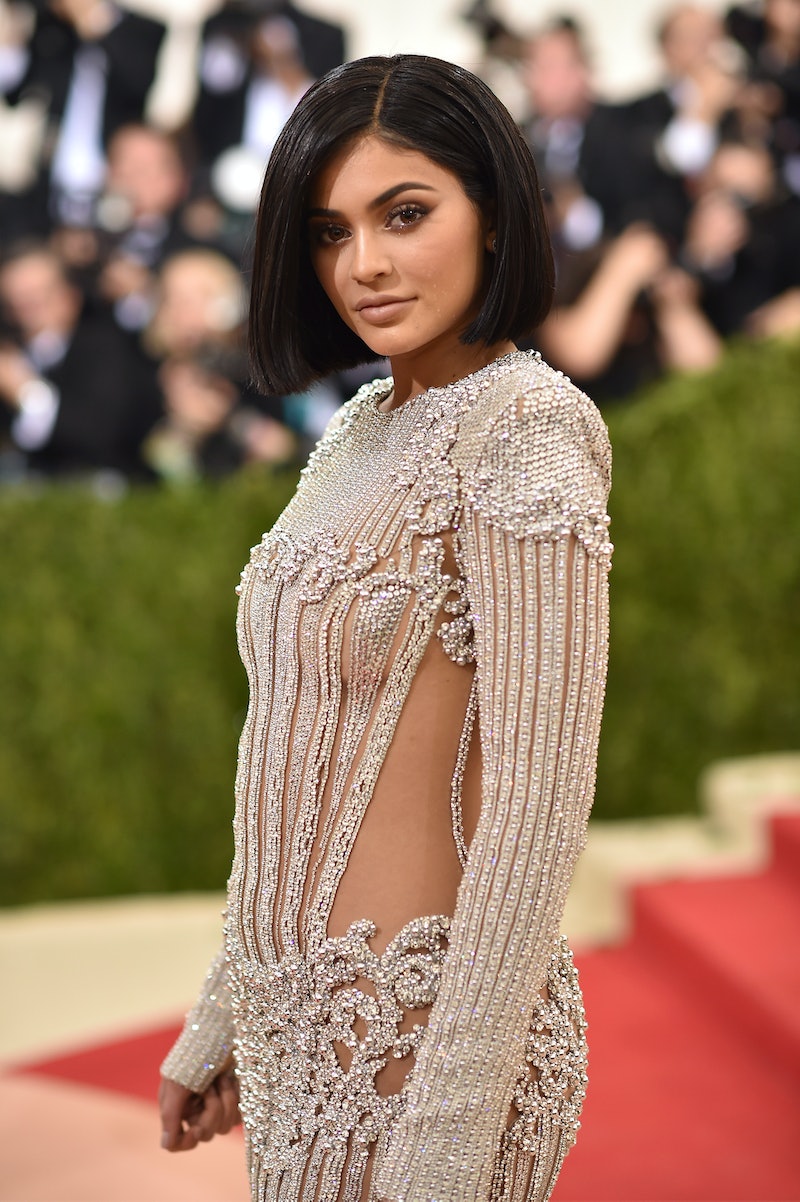 Kylie Jenner is following in big sister Kim Kardashian's footsteps, and by that I mean basically breaking the Internet any time she wears an attractive outfit and posts a photo to Instagram. This week's attention-grabbing ensemble was a skintight midi dress that instantly had people asking, "where can I buy Kylie's purple dress?"

Jenner showed off her curves in a skintight plum midi dress that she modeled in front of a house in Los Angeles, which I'm assuming is her new pad. She wore her black hair down and long, wore tan thigh high boots (which basically blended in with her skin) and kept her accessories minimal, making it all about the dress.

Her plum dress is from Enza Costa and costs $138, and luckily, Jenner tweeted a link to the dress, in case you want to purchase the exact one, saying "I've been wearing a lot of Enza Costa lately. I just love the way her dresses fit, and the color of this ribbed tank dress is so pretty."

Jenner also shared a slightly less expensive dress option from American Apparel on her blog, which is probably more accessible to more people (although $58 for a tank dress still isn't cheap).

Here is the Enza Costa dress.

And here is Kylie's suggested alternative.

Pretty similar. And I think both of them will be great pieces to use as you transition from summer to fall.