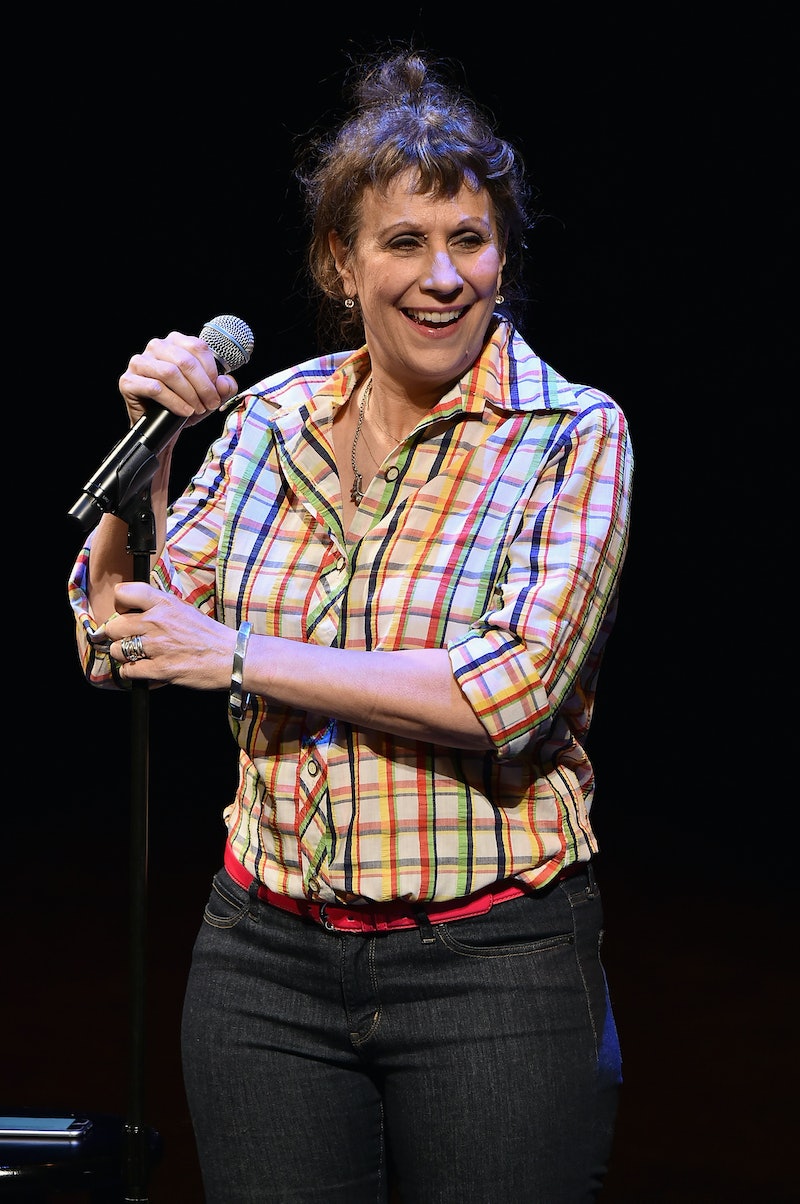 It’s almost the 4th of July, a day dedicated to our nation’s independence, berry-bedecked cakes and most likely, endless replaying of the Hamilton soundtrack. But let’s not forget about our freedoms — especially women’s freedom to make decisions about their own bodies! One way to celebrate our national independence is to make sure we can exercise our reproductive independence. That's why Lady Parts Justice (LPJ), is where you should donate this Fourth of July.

Lady Parts Justice, the nonprofit organization founded by genius The Daily Show co-creator, Lizz Winstead, can satisfy both your (perhaps latent) passion for reproductive justice, and your craving for tickling, unapologetic, powerful comedy. You may have heard of their app, "Hinder," a Tinder parody that lets you evaluate some of the most outspoken anti-abortion legislators and activists, or “craptastic extremists” as dubbed by LPJ, before swiping left on them in the most satisfying form of rejection known to the millennial generation.

The description LPJ provides for themselves is a "rapid response reproductive justice messaging hub that uses comedy, culture and digital media to sound an alarm about the terrifying erosion of reproductive access," with the aim of getting as many people as possible "off their asses" to "reclaim their rights." Their mission stated even more succinctly: " We believe if there is not laughter, dancing and sexy time in your revolution, you need to fix that." The feminists of LPJ League make strategic use of their favorite tool — humor — to "expose the haters fighting against reproductive justice," according to their website.

LPJ creates comedy videos that cleverly expose some of the most egregious restrictions on reproductive rights women face in every U.S. state. The League puts on "Werk Werk Werk Werk Werkshops," bringing applicable information on abortion access to communities across the country. They share weekly podcasts. Winstead and other impassioned comics travel across the country for live shows, such as, "'You Should Smile More,' and other 'Man-spirational Things.'” They are relentlessly engaging on Twitter.

LPJ has something extra to celebrate this holiday weekend in the wake of the Supreme Court’s landmark decision in Whole Woman’s Health (and it wouldn’t be too much of a stretch to say that LPJ, and other organizations like it, are partly to thank for raising awareness about the case's importance).

However, as Adam Liptak of the New York Times reminds us, victories for the pro-choice movement often energize anti-choice advocacy groups. With the Democratic and GOP conventions this summer, and the surely contentious presidential election coming in the fall, this may be one of the most important times ever for pro-choice advocates to maintain momentum. The unique, inclusive and accessible approaches of groups like LPJ may prove to be the most potent.

You can donate to LPJ here.