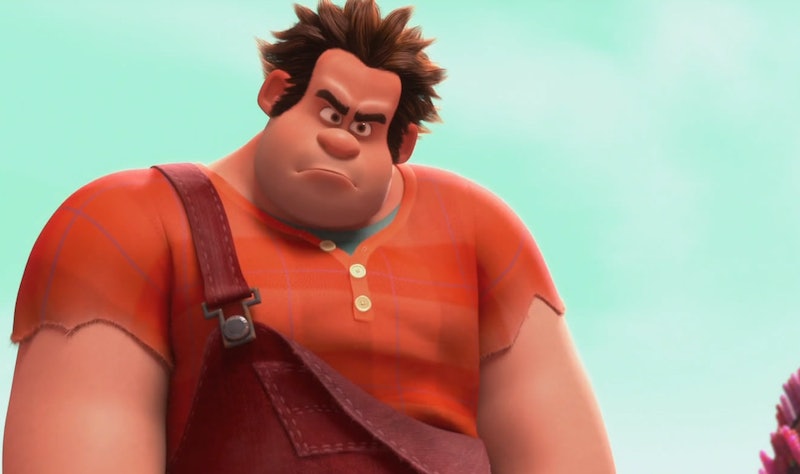 When Walt Disney Pictures announced the long-awaited sequel to Wreck-It Ralph Thursday morning, they certainly didn't wreck it. That's right, director Rich Moore, writer-turned-co-director Phil Johnston, and Ralph himself John C. Reilly appeared to announce the release date for Wreck-It Ralph 2 via a Facebook Live Stream on the official Disney page. Suddenly the video cut out, and while people low-key freaked out about what seemed like a technical glitch, the official announcement was posted, joking that Ralph is coming back to wreck the web... literally.

It would seem that this time around, Ralph and Vannellope will take on a new virtual playground: the Internet. "This time, Ralph’s wrecking wreaks havoc on the Web — as only he can do," Moore said. "Characters we loved in the first film are back and we are ecstatic to be working with them — and the actors who voice them — once again," Thus far, it seems that only Reilly and Sarah Silverman are officially signed on, but with the promise of more friendly faces to come, it's likely we'll see Jack McBrayer's Fix-It Felix Jr. and Jane Lynch's Sergeant Calhoun. Oh, and um, possibly the hoards of legitimate video game characters that make Roger Rabbit-esque cameos throughout the film's background.

Of course, it's strange to imagine a bunch of retro arcade mainstays and Nintendo veterans blending seamlessly into the great wide web (unless it's through the magic of memes). In an interview with Collider, Moore assured that they're working on a balance of retro references mixed with "newer games," all the things that can be found on the Internet... and perhaps on your mobile device. Because isn't Kim Kardashian's Hollywood just this generation's Super Mario 64?

No, I'm sorry for even joking about that.

This is all exciting news, but can it be taken seriously? Moore and Johnston have been talking about a Wreck-It Ralph follow-up since the first film debuted in 2012, but had to delay any real plans to collaborate on Zootopia. Reilly, for his part, has been allegedly signed on to reprise his role of Ralph since 2015. How long do we actually have to wait?

Well, if it'll comfort you, there is a confirmed release date, but it's a lengthy wait. Wreck-It Ralph 2 is slated to hit theaters March 9, 2018, effectively pushing back the Jack and the Beanstalk movie Gigantic. Stoked I guess Ralph is still wrecking something, but I'm still stoked for his return.