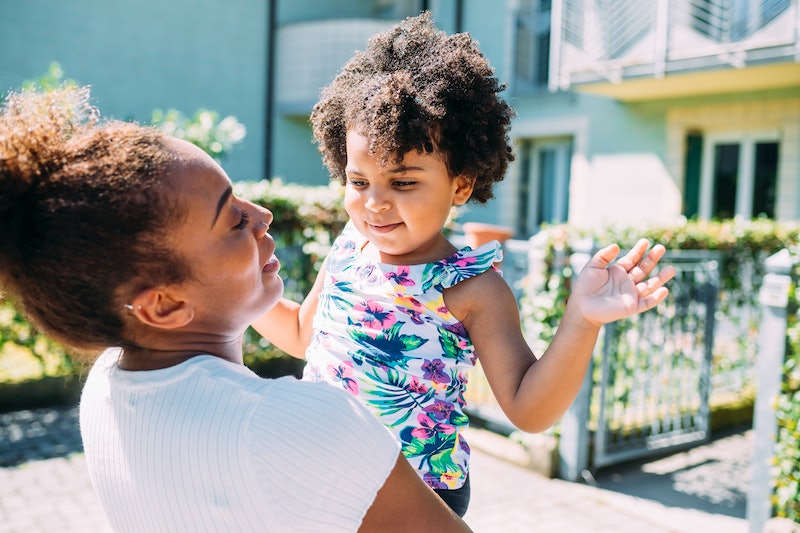 Choosing a name for your child is one of the most (or at least, one of the first) personal, formative things you’ll do as a parent. So naturally, everyone, including people who don’t know you (aka me), are going to have an opinion about it. As a book lover, I can personally attest that literary baby names are actually pretty cool. I can also attest that there are some names from literature you should never give your baby. Especially if you want your child to love you when it grows up.

Now, as someone who has already decided to name her own future children (who may or may not ever actually come to be) after dead rock stars who played at Woodstock ’69, I’d advise you to take my opinion for what it is: just one book-lover suggesting there might be unforeseen ramifications to naming your bouncing baby boy or girl after one of Shakespeare’s most nefarious villains. For instance. And while we're on the subject, you might want to consider reserving “Lolita” or “Hannibal” for the pet cat. I hear kids can be pretty mean to their peers these days.

Here are 20 literary names you should never give your baby (probably.) And hey, in the meantime, congratulations on growing an entire human inside your body all by yourself! You go, girl. Even I have to admit that after that you pretty much deserve to bestow upon that kiddo whatever bookish baby name you want. Even if it is “Harry Potter.”

So without further ado, ladies first…

1. Lolita, from Lolita by Vladimir Nabokov

It’s a shame Nabokov couldn’t have chosen a less adorable name for his 12-year-old spitfire of an antihero, because while “Lolita” has a lovely musicality to it, between the abuse suffered at the hands of her stepfather and her own later manipulation of him, you probably just want to steer clear of this one.

2. Veruca, from Charlie and the Chocolate Factory by Roald Dahl

Try to say this name without contorting your face into Miss Salt’s signature pursed-lipped, over-indulged, bratty expression. Can’t do it.

3. Bathsheba, from Far from the Madding Crowd by Thomas Hardy

Originally found in the Bible, and later used as name of this book's prideful heart-breaker of a main character, to my 21st Century ears, this sounds like a breed of dog. A large, white, fluffy dog. Perhaps immersed in a bath.

4. Renesmee, from the Twilight series by Stephenie Meyer

I am literally never having children after Bella’s pregnancy experience — human/vampire hybrid or otherwise. Naming your little bundle of joy after such a belly-expanding, pain-inflicting creature is just mean.

5. Atalanta, from Metamorphoses by Ovid

Honestly, everyone is just going to think you misspelled “Atlanta” on the birth certificate.

6. Hermione, from the Harry Potter series by J.K. Rowling

So, so tempting, I know. There is nothing bad to say about Hermione, ever. But maybe let your kiddo grow into their own super-fandom.

7. Lux, from The Virgin Suicides by Jeffrey Eugenides

In The Virgin Suicides , Lux has sex on her roof for the viewing pleasure of all the neighborhood boys, and then kills herself via carbon monoxide poisoning in the family garage. Plus, isn’t this the name of a hotel? Maybe?

So Little Dorrit’s name is actually Amy — perfectly fine. But everyone calls her Dorrit, so that’s what we’re going with here. Or not going with, actually. Because your child doesn’t want to be named Dorrit. Plus, this novel is about debtors’ prison and the bureaucracy of the British Treasury, which is pretty heavy for a child.

9. Haydée, from The Count of Monte Cristo by Alexandre Dumas

One more letter, and all your friends will think you named your daughter after the deity presiding over hell. Other than that, it’s kinda pretty, though.

10. Tacy, from the Betsy-Tacy series by Maud Hart Lovelace

No matter how beloved your Betsy-Tacy books were growing up, there is just no getting around the fact that “Tacy” sounds like it’s missing a letter. Or a few.

And now for the boys…

If you’ve been following the most recent happenings of Tiffany Pollard, you’ll know she considered naming her (tragically miscarried) child Huckleberry. Although I’d advise against this, still sending tons of sympathetic, healing vibes to Tiffany.

12. Eustace Clarence, from The Chronicles of Narnia by C.S. Lewis

Even C.S. Lewis himself wrote about this sassy little kiddo: “There was a boy called Eustace Clarence Scrubb, and he almost deserved it.”

13. Aramis, from The Three Musketeers by Alexandre Dumas

Circa 1844, when The Three Musketeers was published, Aramis may have been a duel-fighting, Zorro-inspiring future priest. But today, I’m pretty sure it’s a type of men’s cologne.

14. Svidrigailov, from Crime and Punishment by Fyodor Dostoyevsky

No one in the first grade is going to be able to pronounce this. No one.

15. Iago, from Othello by William Shakespeare

Not only is Iago one of Shakespeare’s most sinister and hated of villains, the term “Iago” itself refers to someone who overthrows their own government. You may not want to incite rebellion quite that early.

17. Bartleby, from Bartleby the Scrivener: A Story of Wall Streethttp: by Herman Melville

Unless you want every request to be met with "I would prefer not to,” scribble this one out of your baby names book.

18. Humbert, from Lolita by Vladimir Nabokov

So I actually love Wuthering Heights . I appreciate Heathcliff as a misunderstood, lovesick man in search of redemption and fulfillment of his lifelong, unrequited love. Sure, he can get a little scary every now and again, but on the whole, I admire his passion. With that said, “Heathcliff” perhaps packs too Victorian a punch for 2016 and beyond.

20. Amory, from This Side of Paradise by F. Scott Fitzgerald

Amory is the main character of F. Scott Fitzgerald’s novel about personal growth, lost love, and thwarted ambition. When accompanied by his surname, you get the full effect: Amory Blaine. It's actually a perfectly fine name. That is, if you’re going for that romantic figure, strapping quarterback, East Coast prep school, could-have-dated-Rory-Gilmore vibe. Maybe you are, maybe you aren’t. Be mindful with this one.