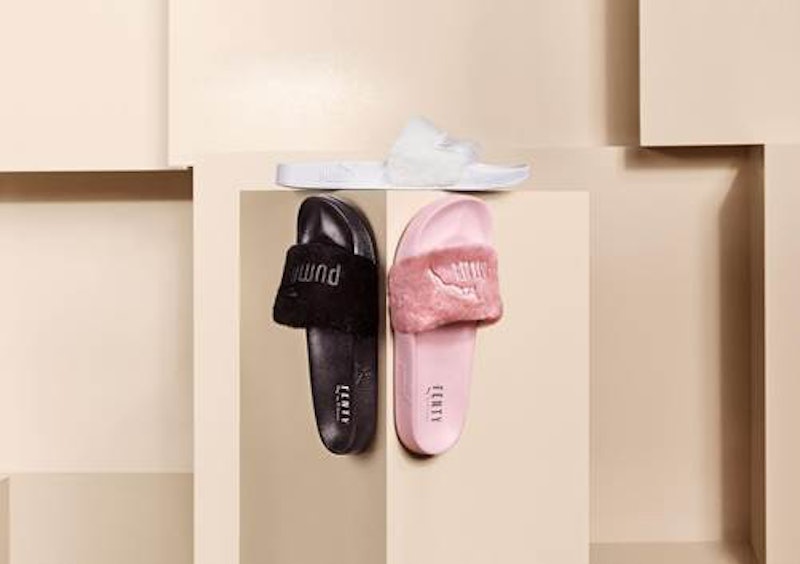 The fur slides were so popular the first time they were released, that they sold out in less than a day. So clearly, they were in demand. Fans were disappointed, to say the least, but they've been patiently waiting and it looks like we're finally going to get a second chance at them. The fur slides are getting restocked tomorrow, Friday, July 1st, which is seriously great news because it's happening so soon.

PUMA is restocking the White, Black, and Shell, and the restocked slides will be available both on PUMA.com, as well as in PUMA retail stores. That gives you double the chance to score the shoes before they sell out again, because given how people reacted when they were released the first time, I think we can expect another pretty quick sell out. But who knows, maybe they'll restock them a third time if you miss out again?

I mean, even Gigi Hadid is into them, so you know these aren't going to last.

Too cute. Just make sure you set your alarms and get ready to hit the site as soon as they launch.

And if they sell out online, you can always check Puma stores!

More like this
Rihanna Wore A Sparkling Lingerie Look For Date Night With A$AP Rocky
By Allie Fasanella
Rihanna Wore Crochet Bra Tops In A$AP Rocky's New Music Video
By Dominique Norman and Kelsey Stiegman
‘90s Streetwear Brands That Are Making A Major Comeback
By Dominique Norman
14 Spicy Bralette Outfits For Vaxed Girl Summer, Round 2
By Avery Matera
Get Even More From Bustle — Sign Up For The Newsletter