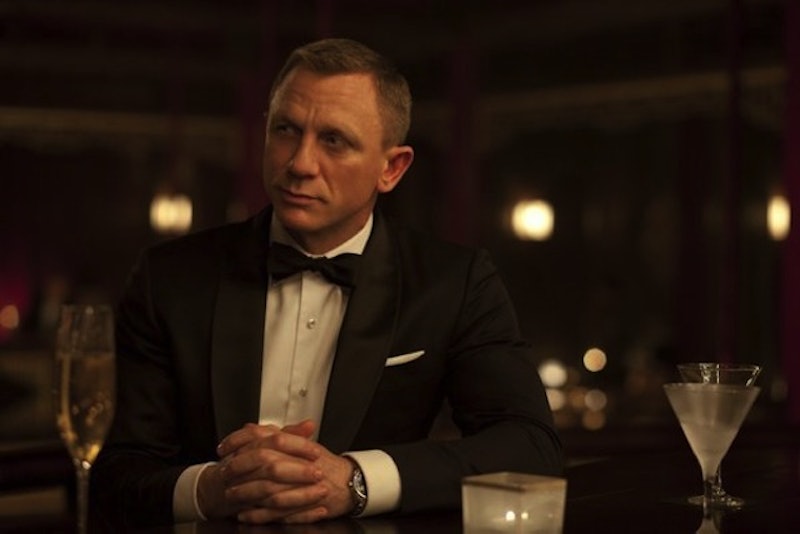 There's not much that I like better than a fun behind-the-scenes story, so come along with me as we tuck into the mistake that almost ruined Skyfall. It's a slip up that came to light in a Twitter post by Charlie Lyne, a freelance journalist and filmmaker who writes for The Guardian and happened into a conversation — he says — with someone who had worked on the 2012 James Bond film. Allegedly during filming, ye olde Bond himself, Daniel Craig, bought a pair of leather gloves that he was interested in wearing onscreen. Director Sam Mendes allegedly gave him the go ahead, and the casino scene was filmed with Craig wearing what was presumably a lovely pair of leather gloves. Except. When the film was being edited, there was this pesky problem — at one point after this scene, a bad guy gets his hands on Bond's gun, but is unable to use it because it has a fingerprint scanner on it. So unless Bond had a "pulling off his gloves with his teeth and firing the gun with his newly-bare hand in the same moment" maneuver that we don't know about, this would have made for a pretty clear plot hole.

And sure, it doesn't ruin the film itself to have a gaffe like that, because most people probably don't notice it or put together that it's even an issue. But for the ones who do, it undermines the intelligence of either the director of the movie or the character himself. Which, in the case of a hyper-intelligent super spy like James Bond, is a pretty big deal. He's not the kind of guy we'd like to think of as making a harebrained mistake like letting his love of a luxurious glove get in the way of discharging his firearm.

So whether for that reason, or for a whole host of very other valid reasons, producers wanted to solve the problem. And since Lyne claims that reshooting the footage would've run into the millions of dollars, which just wasn't feasible given the circumstances, he alleges that they digitally painted Craig's human hands over his gloved ones. It sounds like a painstaking process, if it's true, but the good news is, I never noticed a thing. Just imagine if no one had caught this rumored mistake, though: it would've really shaken — not stirred — things up. (Sorry not sorry.)