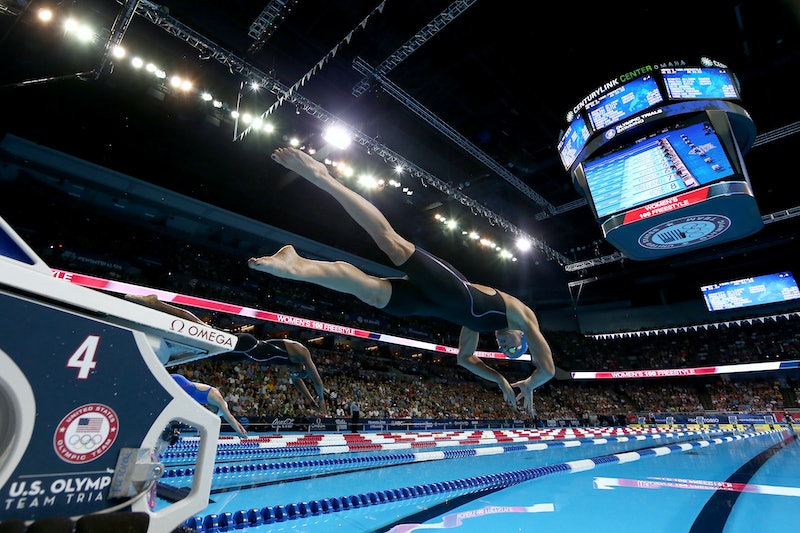 The 2016 Summer Olympics in Rio will be here before we know it. Trials are running through July for athletes to claim their spots on the team before the Aug. 5 opening ceremony. As you wait in anticipation for the Olympics to begin, you might think about gearing up with some tools you'll need to really immerse yourself in the games. This year, you can watch the Olympics in virtual reality, but you'll need to prepare ahead of time and have the tools to do so.

According to The Next Web, you'll be able to tap into this year's Olympics with a Samsung Gear VR headset that is set up with your Samsung Galaxy smartphone; you can watch 85 hours of virtual reality Olympics footage provided by NBC. The Samsung phone, paired with the headset, will allow you to watch the footage with a 360 degree view, recreating the feeling that you're right there. Imagine you're able to be fully immersed in the opening ceremony or watching Michael Phelps do the butterfly, and you feel as if you're there — without actually having to be in Rio for the long-awaited sporting events.

Trials to make the 2016 team are still underway, as swimming and track and field are airing through the long weekend. The U.S.A. basketball teams are coming together, too, so expect to see big NBA names like Kevin Durant and Carmelo Anthony joining the men's team again this year.

The viewing experience that NBC is offering with this promotion could present a big development in how we are able to consume sports in the future. As 360 videos are becoming an exciting visual experience, they are actually likely to change a lot about the way we consume media, from sporting events to political rallies. For now, check out NBC's footage as it's made available. If you don't have a Samsung device, stay tuned because the footage might come out after the Olympics for viewers to consume the 360 experience without a Galaxy.