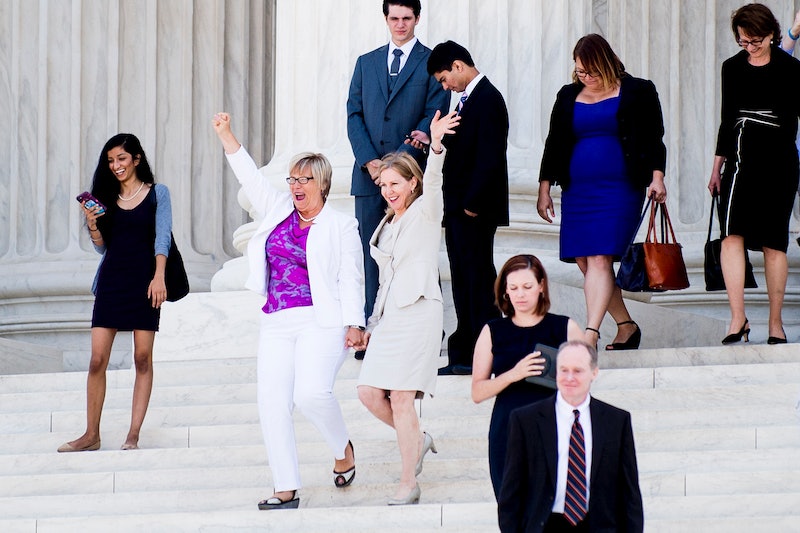 You've made it to Friday. Let out a big sigh of relief. You deserve it, for what a week it has been. The world has clearly not gotten over Brexit. Markets started the week down, the pound is still trading low, and now both the leading Labour and Conservative parties are a mess. Add to that the Istanbul attacks that struck Tuesday, and the world really does seem a bit darker, scarier, and harder to predict than it has in a long time. But there has been some great news this week, too.

Even in the dark news, there have been stories of perseverance and strength. Take the Istanbul police officer who tackled one of the attackers before he blew up his vest. Then there are the many Brits who are protesting the Leave vote. More than 1,000 protested Tuesday, and 4 million have signed a petition online asking for a second referendum. Thousands more plan to continue the protests this weekend. But there are also stories that are inherently positive this week too. No looking on the bright side or sussing out the least-depressing details. Here are eight of them:

I'm sure that you didn't miss this one. Monday provided some of the best news to come out of SCOTUS since the marriage equality ruling last June — and it's the best news abortion rights have seen in years. The justices struck down HB2, the controversial bill that required clinics to upgrade their facilities to ambulatory surgical centers and made abortion providers have admitting privileges at a nearby hospital.

2) No LGBT Discrimination In Mississippi

Other good judicial news came in Thursday's ruling on Mississippi's law that protected opponents of gay marriage. The judge blocked it, calling the law "a vehicle for state-sanctioned discrimination on the basis of sexual orientation and gender identity." Too true. It also "put its thumb on the scale to favor some religious beliefs over others." We can't have that, and now we don't have to.

It's not just Mississippi where LGBT rights saw wins this week. One of the other venues is the United Nations. The main U.N. human rights body moved Thursday to adopt new measures to protect lesbian, bisexual, gay, and transgender people. An expert will also be appointed to monitor and report on violence LGBT communities face around the world. Many Muslim and African countries were deeply opposed, but the vote passed 23 to 18, with six abstentions.

4) Refugees Are Welcomed In Canada

This is less of a timely story, but The New York Times covered it this week beautifully. Syrian refugees are being resettled — or adopted even — by Canadian families. "I can’t provide refugees fast enough for all the Canadians who want to sponsor them,” John McCallum, Canada's immigration minister, told The Times.

Are you a Serial listener? Good news. A judge ruled that Adnan Syed will receive another trial. The star of the world's number one podcast has maintained his innocence since he was convicted in 2000 of murdering his high school ex-girlfriend. Now, his new lawyer, Justin Brown, feels pretty confident Syed could now go free. “I’m feeling pretty confident right now. This was the biggest hurdle. It’s really hard to get a new trial," he said.

Trump and good news? Sounds doubtful I know, but this has to do with keeping him out of the White House. Money in politics is awful, but you can't help but love these stories about Hillary Clinton outspending Trump a kajillion to one. When Trump continues to speak badly about Mexico, any sign that he won't be president is a welcome one.

The woman responsible for shedding light on the huge doping problem in Russian sports is one step closer to competing at the Olympics as a neutral athlete. She was cleared by the IAAF and can definitely compete in the European championships. No news yet on whether she'll be welcome at the Rio Olympics, but the IAAF decision had to come first.

To wrap things up, consider there was a huge step forward in trans rights this week as the ban on transgender soldiers ended. "Americans who want to serve and can meet our standards should be afforded the opportunity to compete to do so," Defense Secretary Ash Carter said, laying out the plan that will allow trans applicants to the armed services and will also pay for gender transition-associated medical costs for current enlistees.

Even though there is plenty of sad news this week — that's not it. Don't skip over the latest Brexit and Istanbul updates, but be sure to pay attention to the positive developments in the world, too.