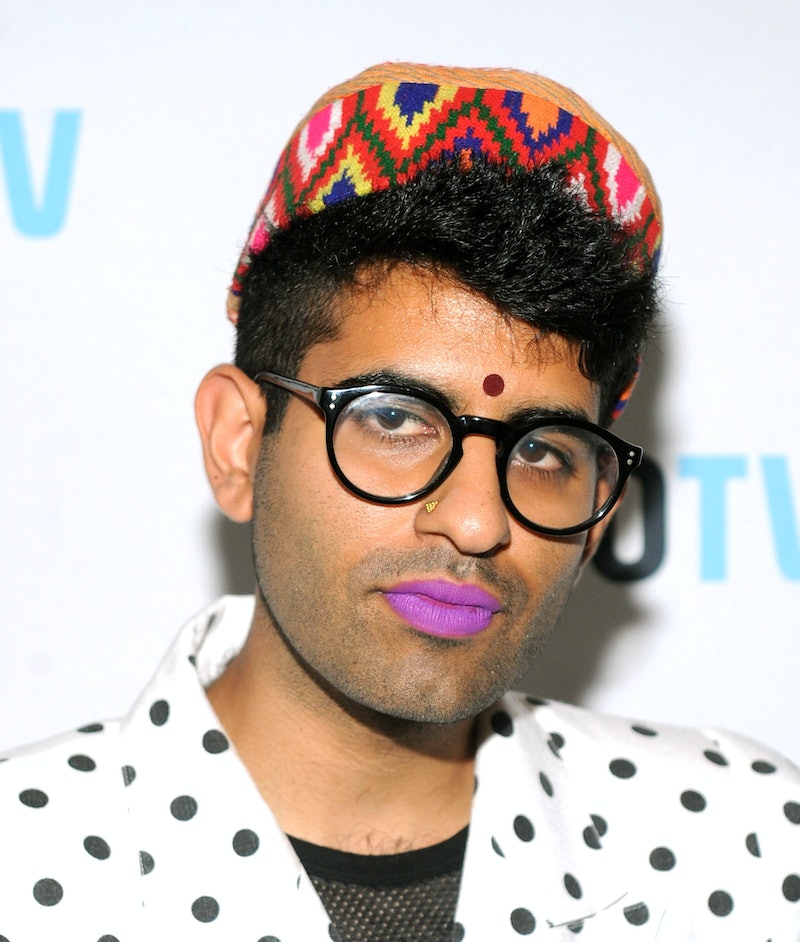 This past week, we have seen important examples of people embracing their identity, which has offered insight into the various struggles facing disenfranchised individuals across the country. And when we look at these issues from a feminist lens that is inclusive of all of these identities, we can begin to build a coalition that can create meaningful change. From violence and police brutality, to issues facing the queer community of color, to the ongoing fight that victims of sexual assault must face, here is a look at some of the top five feminist quotes and moments from this week that you might have missed.

Some of the top moments this week started at the beginning of the week, when the Supreme Court shot down legislation that would further limit the rights of individuals to seek safe and accessible abortion access. That sent a strong message to the conservative right that women's reproductive health and rights are more important than any politician's opinion about the procedure. And though that was a huge moment for the reproductive justice movement, amazingly, it was far from the only inspiring win for feminism.

Here's a look at some of the top feminist quotes of the last week:

The BET awards took place on June 26 and celebrated some of the most inspiring black and POC artists in entertainment today. As a preview to how powerful the awards would be, Beyoncé and Kendrick Lamar opened the awards with an amazing performance of "Freedom" from Beyoncé's Lemonade.

Grey's Anatomy actor Jesse Williams received this year's Humanitarian Award from BET Chairwoman and CEO Debra Lee. Through his acceptance speech, the actor dedicated his award to the activists and organizers; struggling families, parents, and students; and teachers around the country for mobilizing and fighting the systems that uphold violence and oppression. He spoke about police brutality, and the black lives lost in police-related incidents, including Tamir Rice, Rekia Boyd, and Sandra Bland.

And he gave a specific shout out to black women:

Now, this is also in particular for the black women, in particular, who have spent their lifetimes dedicated to nurturing everyone before themselves. We can, and will, do better for you.

2. Alok Vaid-Menon And Jennicet Gutiérrez On The Trans Community And Moving Past Policing

As the country prepared for Pride events through the month of June, the tragic Orlando shooting created a sense of urgency for the black and brown LGBTQ community celebrating.

Ahead of Sunday's parade in New York City, Alok Vaid-Menon, a trans South Asian poet and activist, spoke to the importance of strong communities and moving past a society that relies heavily on policing for safety. Although police allow a sense of safety for some, for many, and especially the QPOC community, feel that police can create spaces that are actually unsafe.

What we're actually trying to do here is remind people that community is what keeps us safe, right? If we have stronger communities, then we don't actually need to rely on the police.

Meanwhile, Jennicet Gutiérrez, who is an undocumented transgender activist, also spoke to the importance of community in the fight against police violence. She said to Fusion:

It's important, as a trans woman, as a trans woman of color, being in community with other people that identify as trans or gender non-conforming, we are resisting a system that tells us that we shouldn't exist.

3. Daily Show Correspondent Jessica Williams Talks About Starting Her Own Show About Being A Young "Woke" Feminist

Jessica Williams was with the Daily Show for the last four years as one of their first female writers. During that time, she offered important insights in feminism and race in a newsroom dominated by men.

Thursday night was her last appearance on the show, but that's not the last we'll be seeing of Williams, who is going on to host her own show about being a young, "woke" feminist.

I've had this idea for a while about a young woman who is a feminist and who imagines herself to be "woke." I think that a lot of the time, we have this idea that when you are, like, "woke" — and please always put this in quotations! — that you should always have your shit together. But I know that often for me, as a black woman of color, I feel like I’m supposed to represent these ideals and values that I was taught as a young lady. Like I’m supposed to carry myself in a special type of way, but oftentimes I’m, like… I’m still in my 20s, and still kind of a mess.

Basically, despite what society tells us, it's totally OK for women to not have their lives totally together all the time. Because who does?

4. Helene Krasnoff And Kathryn Kolbert On This Week's Big Wins For Reproductive Rights

This past week, the Supreme Court reminded us how important it is that we have women representing us in the highest court in our country. Monday and Tuesday saw some huge and important wins for women's reproductive rights, including the right to an accessible abortion.

Helene Krasnoff, who is the senior director of public policy litigation and law for the Planned Parenthood Federation of America spoke on the importance of this week's rulings in a statement via email:

Yesterday's landmark ruling has already reverberated far beyond Texas, with restrictions blocked so far in Wisconsin, Alabama, Mississippi. But this is just the tip of the iceberg — advocates will be using the strong standard articulated by the Court to fight for abortion rights state by state and law by law.

In a country that so often fights to restrict abortion care by making the service inaccessible to individuals across the country, Krasnoff's words signal an important milestone.

Kathryn Kolbert, who is the director of the Athena Center for Leadership Studies at Barnard, echoed Krasnoff's sentiments, according to Mother Jones. Regarding Monday's decision on Whole Woman's Health v. Hellerstedt, Kolbert noted:

[This ruling] gave advocates a strong way to attack laws that restrict women's access to abortion. This decision said, 'You have to look at what's really going on here. If the purpose of a law is to keep women from getting lawful procedures, that is not going to withstand constitutional scrutiny.'

Emma Sulkowicz, the Columbia University graduate who took her mattress across the campus in protest of how the school handled her rape case, was awarded with NOW's 2016 Woman of Courage Award. Though she received the award last week, her words and dedication are important for everyone to hear and remember.

Sulkowicz uploaded a photo of herself with the award to her Instagram account where she shared the following dedication:

I dedicate this award to everyone who has not told me to get over it. Thank you for validating my fear and my way of handling it. Thank you for creating a world in which we can tackle the things that terrify us by doing the unexpected right thing.

Her words are so important. The feelings associated with healing from sexual assault are on a spectrum, and no one ever has to get over an assault. Instead, we channel our fear, our pain, our rage, and our hope into important organizing, as Sulkowicz has proven.

More like this
How The City Healed Five Years On From The Manchester Arena Attack
By Ella Glover
The Very Best Quotes From Dr. Taylor Swift’s NYU Graduation Speech
By Grace Wehniainen
Here's How To Practice Self-Love In Small Ways Every Day
By Mackenzie Sylvester
How Sunnies Face Is Championing Filipino Beauty
By Kristin Corpuz
Get Even More From Bustle — Sign Up For The Newsletter