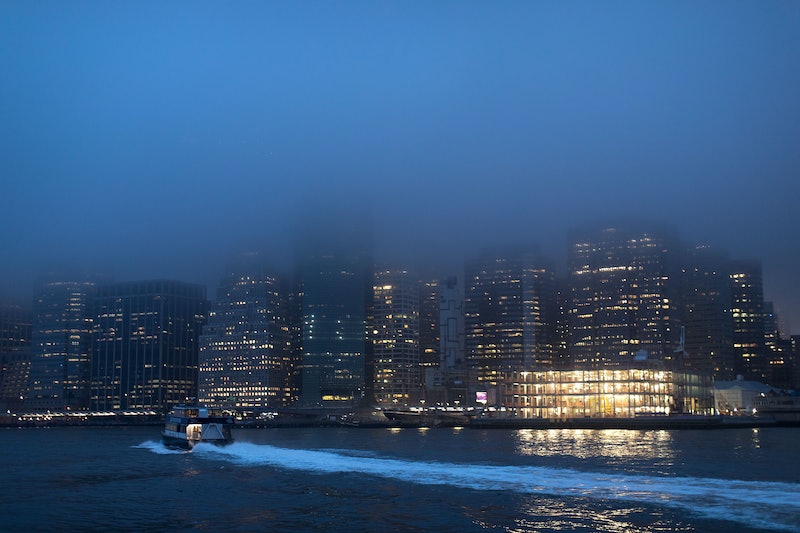 The city of New York and the surrounding region was placed on a weather watch on Friday due to severe thunderstorms and heavy rain, including a tornado warning. Storms will reportedly pass through the region through Friday night and residents should stay tuned through the evening for weather updates. Friday's weather warning will remain in effect until 10 p.m., but it has some people wondering, has a tornado ever hit New York City before?

It's not totally unheard of, and a tornado in New York would not be like the damaging and dangerous disasters we've seen in more central states of the country, but the odds of a tornado hitting the city are highly unlikely. There have been seven confirmed tornadoes across the city of New York in the years since 1974, and no other reported tornadoes in the city before then, according to data that dates as far back as 1950.

One such tornado was recorded in the Bronx in 1974, and another recently recorded tornado swept through Brooklyn after first touching down in Staten Island in 2007, the New York Times reports. The resulting effects included trees that were uprooted from the ground, and houses with roofs torn off. Other severe weather associated with the tornado included heavy rain and winds reaching up to 135 miles an hour, according to the New York Times. Another tornado to sweep through Staten Island took place just a few years before the 2007 storm in 2003, but the history of tornadoes in the city is slight from 1950 onward.

The last recorded tornado in New York dates back to July 2010 when a tornado touched down in the Bronx and its harsh winds reached up between 86 and 110 miles an hour. But tornadoes don't often happen in New York and the chances of one touching down in the city on Friday are unlikely.

The severe weather should clear up and pass by midnight going into Saturday and the weather through the rest of the weekend will be sunny, dry, and hot through Monday's holiday.

More like this
The 6 Best Balaclavas To Keep Your Face, Head & Neck Comfortably Warm
By Jenny White
How To See The Lunar Eclipse On May 15-16, 2022
By Kaitlyn Wylde
Dinner To Celebrate Diversity In Journalism Brings Out Media Leaders
By Brianna Kovan
81 Epic Truth Or Drink Questions To Play 'Say It Or Shot It' With
By Bustle UK
Get Even More From Bustle — Sign Up For The Newsletter