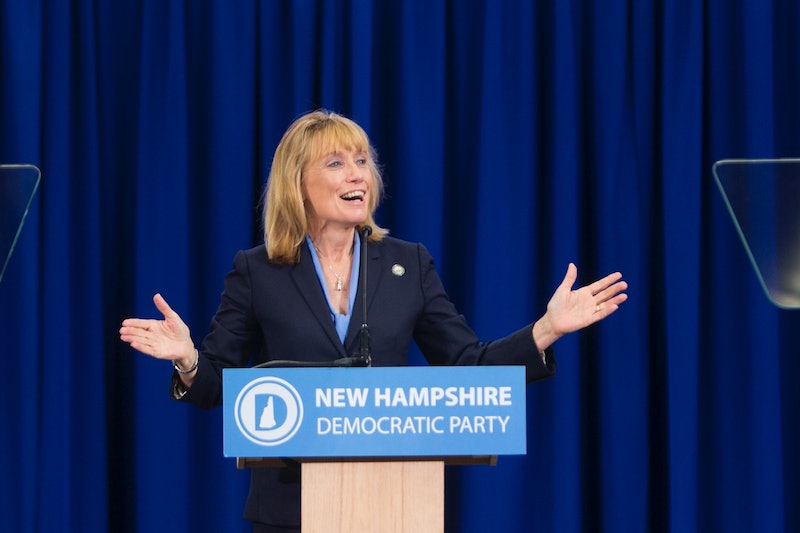 On Friday, New Hampshire Gov. Maggie Hassan issued an executive order banning anti-transgender discrimination within the state government. Make no mistake: That’s a welcome and long-overdue development. But the New Hampshire ban on transgender discrimination also illustrates how far the nation has to go to achieve equal rights for all Americans: As of its implementation, there’s still no federal law that prevents employers from firing workers for being trans.

“Throughout our history, it has been clear time and again that we always grow stronger when we work to ensure the full inclusion of all citizens in our democracy, our economy and our communities,” Hassan, a Democrat, said in a statement. “By making clear that gender identity and gender expression are protected in the State’s anti-discrimination policies, this Executive Order helps ensure that New Hampshire state government welcomes and incorporates the talents and contributions of all of our citizens.”

But trans Americans don’t enjoy these protections across the country. New Hampshire is in the minority: Only 19 states have laws banning transgender discrimination in one form or another. That’s less than half of the country. At the federal level, there are several laws and executive orders that prevent the government from discrimination against trans workers. However, it’s still perfectly legal under federal law for private organizations to fire workers for being trans.

These protections are sorely needed. According to the National Transgender Discrimination survey, 26 percent of transgender workers have lost a job due to anti-trans bias. Half of all trans Americans said they were harassed on the job, while 20 percent were evicted or lost housing due to their gender identity.

That said, Friday’s news out of New Hampshire certainly is encouraging. It’s notable that Hassan is currently running in a very competitive Senate race against incumbent Republican Kelly Ayotte. The fact that Hassan chose to issue this executive order during such a close election suggests that she sees pro-trans policies as a winning political issue. If she wins the race, more Democrats may follow her lead, and that would bode well for trans rights across the country.

Hassan’s order is a step in the right direction. But until there’s some form of legislation at the federal level, discrimination against trans Americans will still be legal in many places across the country. And it shouldn’t be legal anywhere.