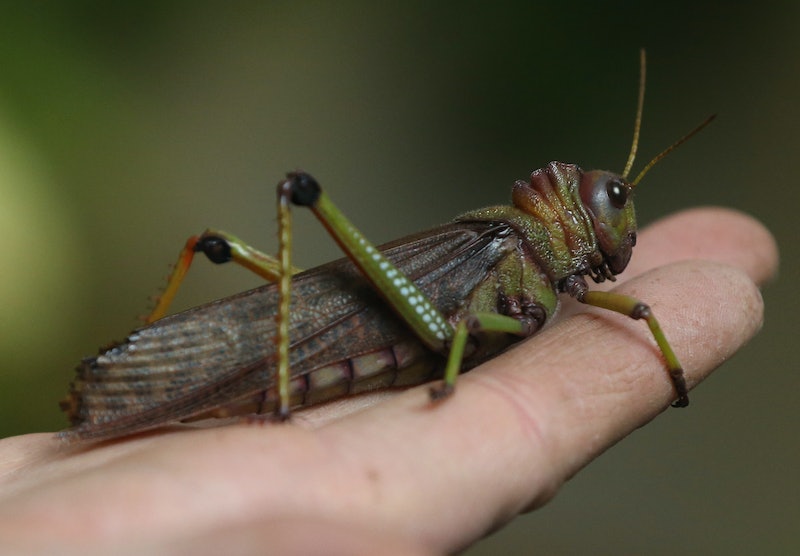 It's all too easy to assume that your own culture is right about things, and everyone else's culture is weird. Here in North America, we don't really eat insects (excepts perhaps accidentally). Instead, children are basically raised to think that bugs are dirty and gross and to be avoided at all costs. Unfortunately, this attitude could be costing people, especially the poor, both nutritional and economic opportunities. Yes, really.

Insects are already the past and present of food for billions of humans worldwide and, if the Canadian business students featured in "The Future of Food: Eating Insects" video below have anything to say about it, insects will become a big part of the impending food revolution as well. These entrepreneurs argue that raising, eating, and selling bugs can be a boon especially to the urban poor, who are limited in space and resources. You can raise insects in much smaller areas than other food animals, and insects are a much more efficient mechanism for turning feed into edible protein than conventional farm animals.

In particular, these social entrepreneurs suggest that crickets make a great "gateway bug" — a friendly introduction to insect-eating — because they're easy to cook and have a mild, nutty flavor. For instance, in the video, you can see that one of the business students has made tortillas chock full of crickets, with all the nutrition and less of the ick factor. There are even more recipe ideas in this edible insects video from The National Museum of Natural History.

Don't want to cook with crickets yourself? Try a cricket energy bar! The New York-based founders of a cricket energy bar company are admittedly more interested in nutrition-hacking than feeding the poor. However, whatever your reason for turning to bugs, their research suggests that the environmental as well as nutritional qualities of bugs are quite positive:

Insects are 69 percent protein by dry weight as compared with 31 percent for chicken breast and 29 percent for sirloin steak; they provide more iron than beef does and nearly as much calcium as milk. They produce one-eightieth the amount of methane that cattle do, and need one-twelfth their feed, based on 100-gram portions of each. And they can reproduce quickly and don’t require acres of grassland to graze.

I tried grasshopper tacos a few months ago at a midtown Manhattan Mexican joint. Admittedly, it had nothing to do with nutritional or environmental considerations...I was just dared by my date. As you can see, these tacos were overloaded with dozens of whole, crunchy grasshoppers. Indeed, several grasshoppers fell from my mouth as I tried to gracefully feed myself — sexy, right? The verdict: those grasshoppers sure had an unusual mouthfeel, but they did in fact taste inoffensively nutty and the tacos were quite filling.

So, basically whether or not you're poor or located in a developing country, insects have benefits for you nutritionally, for the people who grow them economically, and for everyone environmentally. Stop teaching kids that bugs are to be vigorously avoided in the name of cleanliness, and maybe insects really can become the near future of food.

More like this
This Dog Food Is Not Only Super Healthy For Your Pup, It’s Also Better For The Planet
By A. Graham
Starbucks Released New Menu Items For The Summer
By Emma Garza
A Beginner's Guide To Drinking Whiskey
By Alexis Morillo
How To Make The Watermelon, Feta, & Mint Salad Trending On TikTok
By Emma Garza
Get Even More From Bustle — Sign Up For The Newsletter