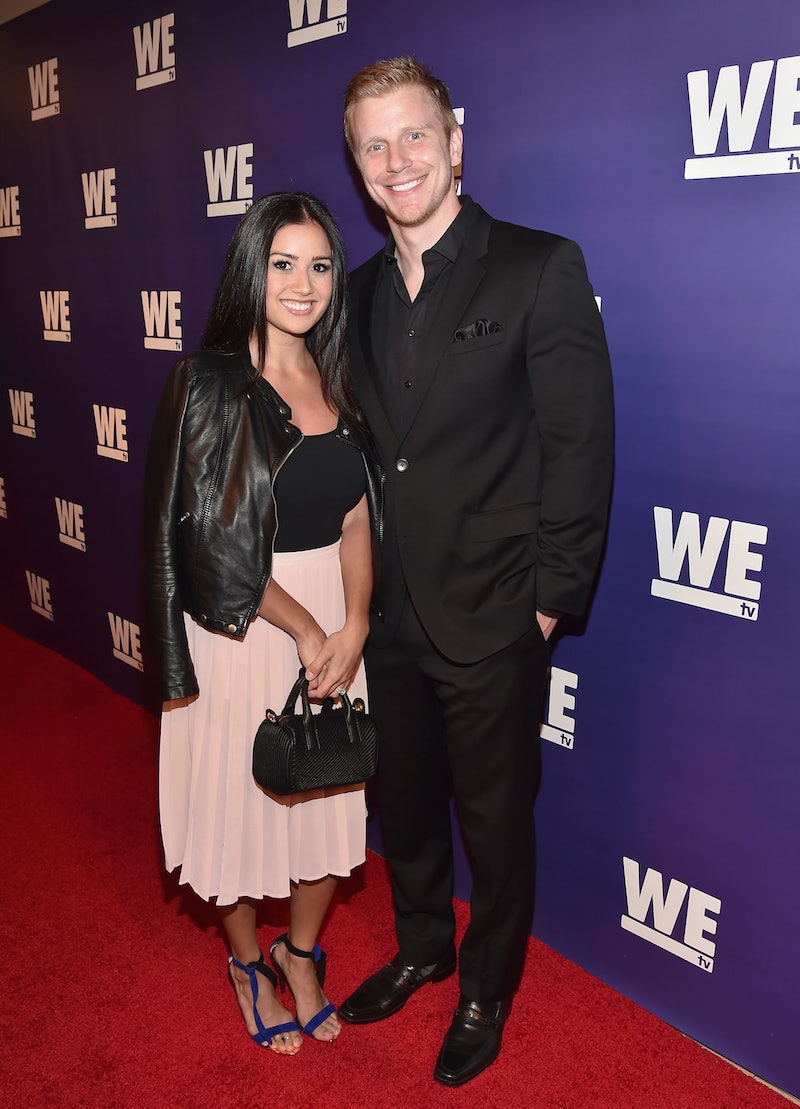 After many months of anticipation, the baby Bachelor nation fans have all been waiting for finally made his way into the world. As People reports, it was announced on Saturday, July 2 that Sean Lowe and Catherine Giudici welcomed a son, who they have named Samuel Thomas Lowe. Big congrats to the couple, who got together after Lowe proposed to Giudici in Season 17 of The Bachelor. The couple married a year later on January 26, 2014, in a televised ceremony on ABC. And now, two years later, the duo are adding to their family with the birth of their son.

In May, Lowe and Guidici had a baby shower, in which attendees participated in a game where they had to guess if the baby was going to be a "bachelor" or a "bachelorette." I can't help but wonder what the winners of that particular The Bachelor-themed competition will get for getting the answer right. Perhaps free babysitting privileges of the Bachelor-to-be?

No photos have been shared just yet of the newest addition to Bachelor nation, but both parents have decided to share their excitement over their son's birth through social media. Check out what Lowe and Guidici had to say when they announced the news that Samuel was born:

Aww. Samuel Thomas is surely a much-loved child, and apparently, one very well cared for. According to an interview with Lowe for E! News, the new family is ready to take on all the help they can get with their new addition. Said Lowe, [Catherine’s] mom and her sister are coming to stay with us for about a month once the baby is born. I know to most husbands that might sound daunting, but we love them and we’re excited about it."

Congratulations to the happy couple and their new bundle of joy, Sean Thomas.