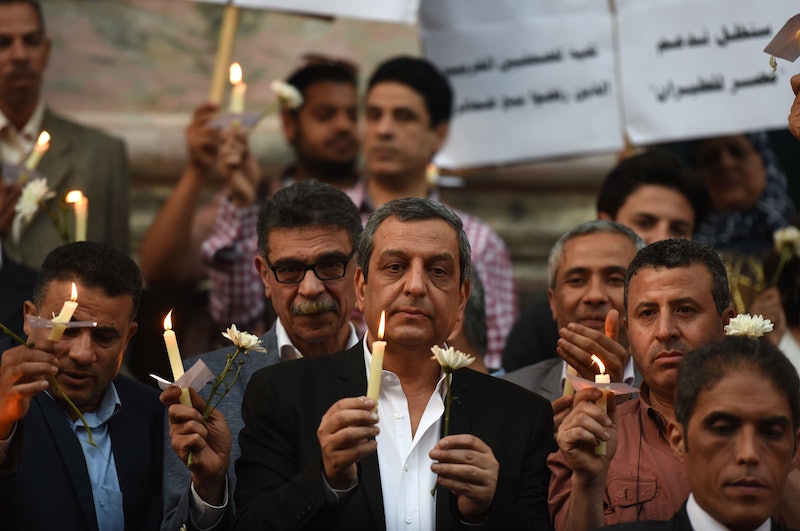 About a month and a half ago, an Egyptian aircraft crashed into the eastern Mediterranean ocean for reasons that remain unclear, killing all 66 people on board. Now, there’s an update to the case, although it’s not a pretty one: A search vessel has recovered the remains of EgyptAir Flight 804’s passengers and handed them over to Egyptian authorities.

The Egyptian government had contracted Deep Open Search, a private company that provides “ultra-deep water services,” to carry out the recovery mission. Coroners and prosecutors will examine the remains, which were discovered around 10,000 feet below the ocean’s surface, while the vessel itself, the John Lethbridge, will return to the site to check for any additional remains.

On a slightly more optimistic note, Egyptian officials announced a day earlier that French investigators were able to successfully repair the cockpit voice recorder from the flight, which will potentially be very helpful in determining the cause of the crash. Before this development, automated transmissions sent from the plane prior to the crash had indicated that there was smoke in the front of the plane and in the bathrooms before it went down, and that the right-side cockpit window had sustained some form of damage.

The cockpit voice recorder is one of two “black boxes” on the aircraft, and contains audio of the last two hours of conversation from the flight deck. The plane’s other black box is its flight data recorder, and it indicated that a fire may have broken out on the plane prior to its crash.

Still, the exact cause of the disaster remains unknown. Audio from the cockpit voice recorder could potentially shed additional light on the circumstances leading to the crash, or at least corroborate some of the scant details investigators have already gleaned. French technicians were responsible for repairing the voice recorder; however, they promptly returned it Egyptian authorities for examination.

Flight 804 disappeared on May 19th at around 37,000 feet while en route to Cairo from Paris. While some initially feared terrorism, aviation officials increasingly suspect that the plane’s mechanics were to blame. In addition to to the Egyptian investigation, a French judge recently opened an inquiry into the incident, as 15 French citizens were amongst those killed in the crash.

The vessel also recovered debris during its mission, which will be analyzed in an attempt to determine whether there was in fact a fire on board, where the fire began, and how quickly it spread.

More like this
Photos Of Boris Johnson Drinking At A Downing Street Lockdown Party Have Surfaced
By Bustle UK
Taylor Swift, Kerry Washington & More Speak Out On Uvalde Mass Shooting
By Jake Viswanath
25 Quotes About Love To Share During Pride Month 2022
By Madeleine Aggeler and Emma Garza
Twitter Was Saying The Same Thing About Sam Ryder’s Surprising Eurovision Result
By El Hunt
Get Even More From Bustle — Sign Up For The Newsletter