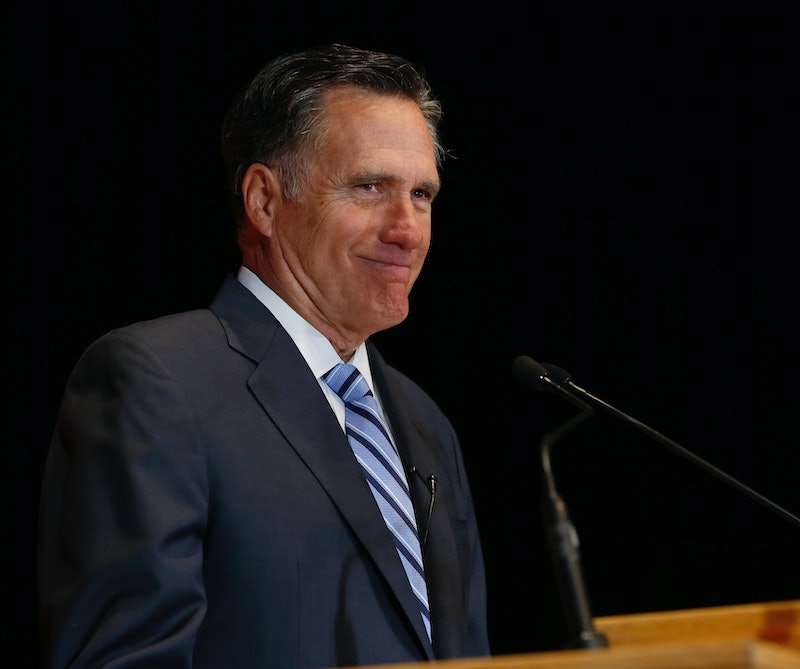 At this point, it’s not secret that a sizeable contingent of elected Republicans do not like Donald Trump. And while we won’t know the full ramifications of this intra-GOP revolt until after the election, one consequence has already become clear: Several elected Republicans are skipping the national convention this year.

This is kind of a big deal, both substantively and symbolically. For one, several of these Republicans are also set to be delegates, and if they opt out of the convention, they will sacrifice their delegate status. To put it differently: Some of the most powerful people in the GOP’s nominating process are giving up this power, possibly to avoid being associated with Trump.

From a symbolic level, it simply doesn’t look good when high-level elected officials skip their own party’s convention. Sure, it’s true that several Republicans sat out the 2012 convention, but most of them were either out of office, about to be voted out of office, or had never held office to begin with. This year’s absentee Republicans, by contrast, include sitting officials at all levels, and some very high-profile ones at that.

To be clear, not all of these Republicans have stated explicitly that they’re sitting out as a means of protesting Trump. But it’s hard to draw any other conclusion, given that almost all of them have spoken out forcefully against Trump earlier in this campaign. Let’s look at a few of the seats that will be empty at this year’s RNC.

An aide to the 2012 Republican nominee said that he “has no plans to attend the convention.” In March, Romney gave a speech forcefully denouncing Trump.

The Arizona senator said in April that he won’t be making it out to Cleveland for the convention, explaining that he’ll be too busy with his reelection campaign.

A favorite target of Trump on the campaign trail, former 2016 candidate Lindsey Graham has refused to endorse his party’s presumptive nominee, and won’t be at the convention, either.

The Pennsylvania senator is in a very close reelection race, and he’s cited this in explaining why he won’t be at the convention. Toomey has said that Trump wasn’t his first choice during the primary — nor his “second choice, or third, or fourth choice.”

Another 2016 candidate who was mercilessly attacked by Trump on the campaign trail, Jeb! Is in the #NeverTrump camp. He’s announced that he won’t endorse Trump and won’t attend the convention.

The former governor of Louisiana, like Graham and Bush, also failed to defeat Trump in the 2016 primary, and says he doesn’t expect to be at the convention — though Jindal stresses that this is not “a boycott” against Trump. Notably, Jindal skipped the 2012 convention as well.

The representative from Utah, a perpetual “rising star” in the GOP who spoke at the last national convention, says that she doesn’t “see any upsides” to attending the 2016 convention.

Kasich is something of an honorable mention on this list: While he’s confirmed that he will be in Cleveland for the convention, and will be “doing events around the convention,” his spokesperson said that the Ohio Gov. might not physically enter the convention hall.

This is not a complete list. Many less prominent Republicans are skipping the convention as well, while other elected officials have been mum on their plans. Regardless, if you tune into this year’s convention, expect to see a slightly smaller crowd in the arena.