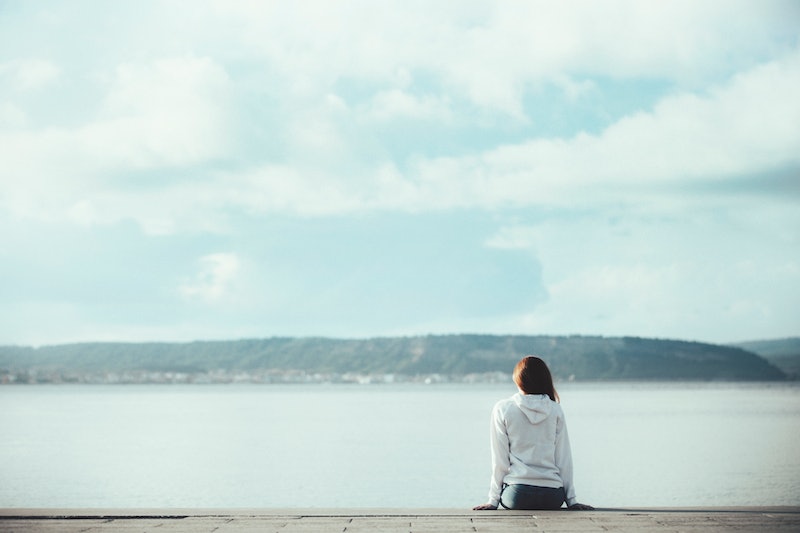 Antisocial personality disorder is not just about not liking other people; it's a defined social disorder with both biological and environmental roots that can cause massive havoc in a person's life, from repeated incarcerations to seeking out death-defying behavior for no apparent reason. ASPD, as it's called, is not widely discussed or understood, largely because of false perceptions about its crossover with psychopathy (which I'll talk about in a minute); but considering how damaging it is, it's a good idea to know how to spot the signs of antisocial personality disorder in the wild.

There are numerous theories as to the causes behind antisocial personality disorder. Psych Central lays out several ideas, including childhood trauma, abnormal brain development, and the fact that people with ASPD seem to require more intense stimuli to cause excitement, which is likely behind their highly risky, often illegal behavior. It's also apparently partly genetic; identical twins are more likely to both have ASPD than fraternal twins. A study in 2000 also found that people with ASPD tended to have much less prefrontal brain matter, prompting a lack of impulse control. But we're still a long way from understanding it fully, or having a proper way to treat it.

We also need to clear something up: psychopathy and antisocial personality disorder are not the same thing. They're similar, and are often discussed in the same way, but they've got diagnostic differences; ASPD is a lot more about behavior, while psychopathy also involves personality components (yes, I know the names are misleading here), and ASPD people are much more likely to be aggressive. According to Dr. Robert Hare in the Psychiatric Times, "Most psychopaths (with the exception of those who somehow manage to plow their way through life without coming into formal or prolonged contact with the criminal justice system) meet the criteria for ASPD, but most individuals with ASPD are not psychopaths" (his emphasis).

Here are seven ways in which to tell somebody might have ASPD, and what you might want to do next if this sounds like someone you know (no, you don't have to panic).

Empathy is essentially our ability to step into the shoes of others, and is something we normally develop at a very young age, but those with ASPD show no signs of it at all. In a practical sense, as laid out by Simon Baron-Cohen in 2011, this means that they “have no awareness of how [they] come across to others, how to interact with others, or how to anticipate their feelings or reactions.” To people without empathy, the feelings and emotions of others are not a factor in decision-making and may not even actually exist. This can lead to acts of bewildering cruelty, negligence, or just plain social awkwardness.

2. They Break The Law

This is one of the main diagnostic signs of ASPD, according to the DSM-V, the main diagnostic tool for psychological disorders used worldwide. It seems like an unfair commentary (not everybody who breaks the law is likely to have a serious personality problem), but you have to remember that this alone usually isn't sufficient to suggest a diagnosis. In a very interesting insight into the experience of a person with ASPD published by Business Insider, a sufferer explained that law-breaking and risk-taking behavior are often driven by a profound sense of alienation; "if I allow the alienation to define me, I become less willing to fight antisocial urges," he wrote, and "these antisocial actions are what cause many people with ASPD to break the law or hurt others."

This is Psych Central's term for a particular type of antisocial personality symptom, which is basically a disregard for the truth in pursuit of entertainment or personal gain, usually as a kind of manipulation. Lack of empathy makes it difficult for those with ASPD to contemplate why moral standards constructed for other people are necessarily applicable to them; they normally lie for the sake of getting something they want. According to Psychology Today, "the sufferer has a long-term pattern of manipulating, exploiting, or violating the rights of others (and is often criminal). Those with APD often lie repeatedly and consistently for personal satisfaction alone."

An aggressive history and a tendency to get into serious fights are an indicator of ASPD, and one of the things that distinguishes it from psychopathy. Aggression, as it happens, is divided into two types, reactive (which comes after a threat) and instrumental (which is for personal gain). Reactive aggression is all about the body's instant reaction to something that seems to be wrong or threatening, and it's been suggested that the brain circuitry of people with ASPD leaps to threatening conclusions much faster than ordinary ones.

Evidence suggests that, in people with ASPD, there's a much stronger tendency to experience reactive aggression than in normal people; a 2013 study found that ASPD sufferers were more likely to be reactively aggressive and to have something called hostile intention bias, where they misinterpreted everything as a potential threat. It's also got to be around for a long time to count: according to the British Psychological Society, between 40 and 70 percent of children with serious aggression problems seem to develop into adults with ASPD.

Most of us have the ability to control our impulses. We're able to feel the sudden urge to, say, knock off a person's hat, and restrain it. People with ASPD are much less likely to restrain their urges, at least in the moment; a study in 2009 found that they have very strong "rapid-response impulsivity" (i.e. knock that person's hat off right now), but around the same levels of impulse control as non-sufferers when it came to planning in the future. In other words, it's when there's a situation for immediate satisfaction that they're likely to do something stupid, like steal a car.

Understanding this is a bit of a challenge for scientists. Does the lack of prefrontal brain matter in some ASPD sufferers mean that they're less likely to override their immediate desires? Could the impulsivity problem be explained by some kind of neurotransmitter malfunction in the brain? We're not entirely sure, but the thing that should be stopping them isn't.

6. They Seem Inable To Handle Responsibility

Try to tell somebody with ASPD what to do. I dare you. One of the key definitions of ASPD, developed in 1996, gives a picture of a personality that is basically unable to take consequences or being given a job: it defines it as "a pattern of inappropriate and unmodulated desire to control others, implemented in a detached manner. There is a strong need to be independent, to resist being controlled by others, who are usually held in contempt. There is a willingness to use untamed aggression to back up the need for control or independence. The [antisocial personality] usually presents in a friendly, sociable manner, but that friendliness is always accompanied by a baseline position of detachment. He or she doesn’t care what happens to self or others".

With a total lack of investment in the comfort of others and a complete focus on their own feelings, it's understandable that a person with ASPD won't handle responsibilities very well. Psych Central names "repeated failure to sustain consistent work behavior or honor financial obligations" as normal examples, because obedience requires the fundamental ability to acknowledge other structures or people's requirements, and the ASPD sufferer doesn't.

7. They Exhibit A Complete Lack Of Remorse

Now that you have the full picture of the mentality of the ASPD person, you shouldn't be surprised that remorse isn't really part of it. Remorse, after all, involves understanding the consequences of our actions on other people and their convenience and emotions, and those factors are not relevant to ASPD sufferers.

So how can ASPD people be treated? The anonymous source of the Business Insider piece creates an image of "training": a learning program, essentially, of what's required to operate without getting arrested or pissing people off. The ASPD sufferer may not understand these rules, but they can agree to follow them in order to create greater functionality. This perspective is valuable because it makes it clear that ASPD doesn't necessarily create the urge to be criminal or hideous to other people, and that ASPD sufferers can be willing to try to figure out how to function in society. Unfortunately, it's a hugely disparate disorder, and people with ASPD who can't be persuaded to try to function will likely never see the point.

However, it's very common that the person with ASPD is not the one who seeks help; it's much more often friends, families, or intimate partners who attempt to get a diagnosis and do something other than confining them in jail, which is not an effective deterrent for ASPD people. Yes, people with ASPD will likely have friends; the problem is that the friends may also have ASPD. If you suspect somebody you know has ASPD, the Counselors Directory suggests it's a good idea to talk to a therapist who can support you through the experience and discuss options for convincing them to try things like family therapy.