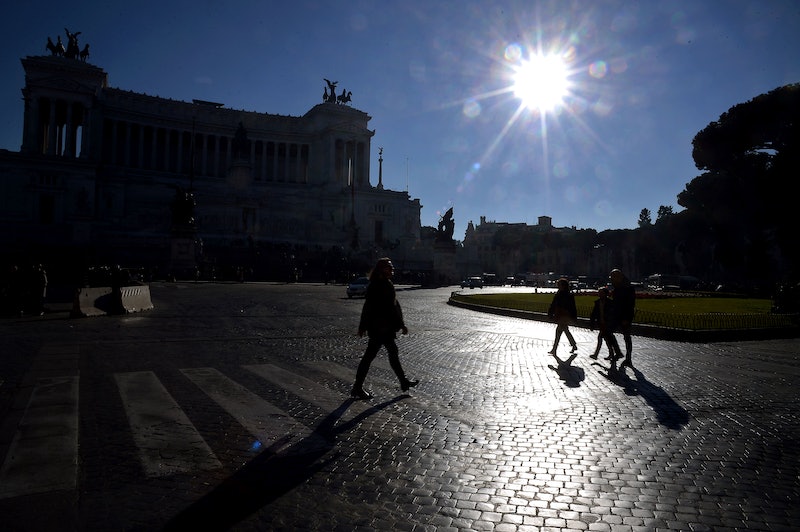 Update: Italian police arrested a 40-year-old man from Rome around 4:15 a.m. ET for being "seriously implicated" in Beau Solomon's murder. The man, Massimo Galioto, was homeless and was reportedly seen tossing a body into the Tiber River, according to two witnesses. Galioto has been taken into custody but has not yet been charged.

The body of a 19-year-old Wisconsin student was discovered in the Tiber River on Monday. Who was Beau Solomon, and what were the events leading up to his disappearance?

Solomon went missing shortly after arriving in Rome for a study abroad program, and one of his brothers, Cole Solomon, told the Milwaukee Journal Sentinel that his death is being investigated as a murder.

Solomon had finished his first year at University of Wisconsin-Madison, where he was pursuing a major in personal finance. He was an athlete and had survived cancer as a child, his brother told Milwaukee Journal Sentinel, and had arrived in Italy Thursday to study at John Cabot University, an English-language school in Rome.

"In our family, he is the one who does it all right," Jake told NBC News before his brother's death had been confirmed. "He's an incredible athlete. He is the one that keeps us all together." Solomon's classmate Abby Korenchan told NBC News that she "never heard him say a bad thing about anybody, which is saying something for high school."

Solomon was last seen at a pub with his roommate around 1 a.m. on Friday and his roommate reported him missing the next day after realizing that he hadn't showed up for orientation, according to a statement from John Cabot University. Rome police soon found a body in the Tiber River and confirmed on Sunday evening that it was Solomon's body.

Solomon's body was found with a head wound and blood on his shirt, according to what Cole told the Milwaukee Journal Sentinel. Other reports revealed that two Italian men witnessed another man throwing a body into the river the night that Solomon disappeared, according to the Italian news agency ANSA. While an exact cause of death has yet to be identified, ANSA also noted that, according to a preliminary investigation, injuries on Solomon's body were consistent with a fall. His brother Jake told the Milwaukee Journal Sentinel that the next morning, the family discovered that "thousands of dollars had been charged" to his credit card in Milan.

"All of us at UW–Madison are greatly saddened by this loss," the school said in a statement. "Beau was a bright and caring young man who lived the Wisconsin Idea through his work at Badger Boys State and his desire to travel and experience other cultures. Our hearts go out to Beau’s family and friends at this difficult time."