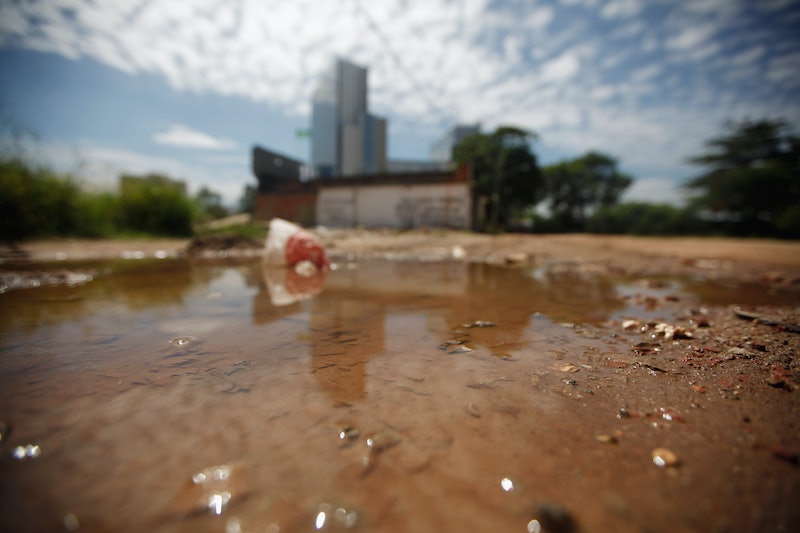 Just a month before the Summer Olympics are set to take place, a group of Brazilian scientists have discovered a drug-resistant "super bacteria" in the waters of five Rio de Janeiro beaches, CNN reported. The Olympic Games are scheduled to begin in Rio on Aug. 5, but the threat of this new bacteria could have serious effects on the events, specifically for water sports.

Many Olympic athletes have boycotted the Games because of the threat of the Zika virus, which has been prevalent in Rio. Now, the new discovery of a "super bacteria" adds yet another serious health concern to both athletes and spectators planning on attending the Summer Olympics. Renata Picao, the lead researcher among the Brazilian scientists who found this bacteria, told CNN that it likely entered Rio's waterways when sewage leaked from local hospitals into the nearby bay.

Flamengo and Botafogo were among the five beaches flagged for being contaminated with this drug-resistant bacteria. These border the bay where Olympic sailors are scheduled to compete. Moreover, hundreds of thousands of athletes and tourists are expected to gather in Rio for the Olympic Games, so this new bacteria could have far-reaching effects on everyone who travels there, depending on how it interacts with our immune systems.

During a lab visit after the discovery, lead researcher Picao told CNN: "We have been looking for 'super bacteria' in coastal waters during a one year period in five beaches. We found that the threats occur in coastal waters in a variety of concentrations and that they are strongly associated with pollution."

German Paralympic sailor Heiko Kroger told CNN that he has experience with this "super bacteria," particularly when sailing in one of these five beaches: "It's a nice sailing area but every time you get some water in your face, it feels like there's some alien enemy entering your face." Kroger also told CNN that he keeps his eyes and lips completely closed when he's on these waters, for fear of interacting with or ingesting the bacteria.

Apparently this bacteria latches onto the inside of the intestines and it passes along with feces, which could explain the hospital sewage carrying this bacteria to the beaches, Picao told CNN. But despite these risks and the threat of a new health concern, Picao says she's unsure how it will actually affect the Olympics: "I wouldn't say to change the venues because we don't know the risks yet. We are making this alert because, if athletes get infected there is a chance this bacteria is multi-resistant and the physicians should know about this."

This is just another threat the city faces in the month leading up to the Olympic Games. From Zika to safety to financial instability concerns, Rio has not been well-prepared to host the Summer Olympics, and it's unclear if things will shape up in the next four weeks.