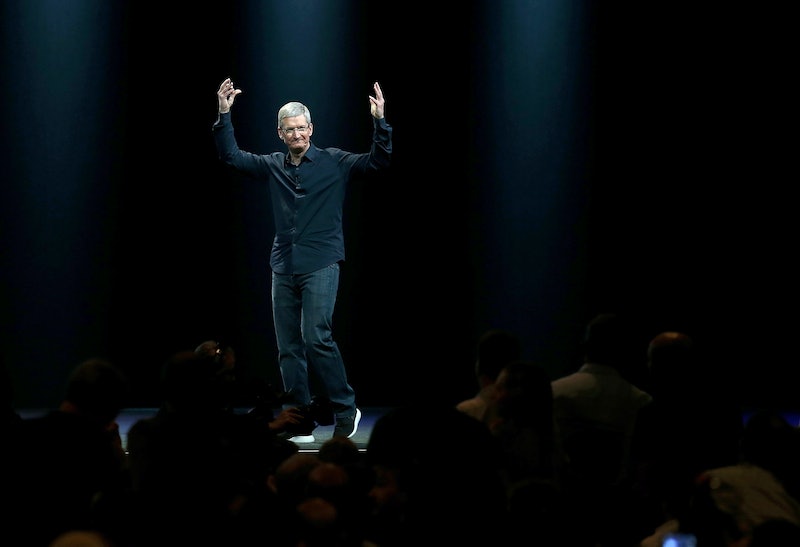 Sure, people say that their phones save their lives all the time with reminders, alarms, and navigation. But what if your phone could actually save a life? A new iOS 10 feature could do just that. According to industry insiders, the Health app on your iPhone is getting a major, lifesaving update which will allow users to become organ donors through a national registry with the click of just one button. The donor status will be available for display on the emergency information feature that comes up on the lock screen, and the app will also feature information about organ donation so that users can be fully informed when making the decision to donate.

For Apple, organ donation is a cause that hits close to home. In 2009, late Apple founder Steve Jobs received a liver transplant after waiting a "excruciating" period for a donor, according to current CEO Tim Cook.

"Watching and seeing him every day, waiting and not knowing — it stuck with me and left an impression that I'll never forget," Cook told the Associated Press. Jobs' experience as a recipient reportedly inspired the push for the new feature, which could help thousands avoid that stressful, often fatal period. 95 percent of Americans support organ donation, but only 52 percent are registered, creating a lack of supply which Apple is hoping to alleviate.

The iPhone could prove an unexpectedly useful tool in combating the lack of organ donors. 60 percent of millennials and GenXers use the iPhone 6 or 6S, but that demographic also isn't signing up for organ donation. "Younger Americans are not registering at the same rate as they have in the past, David Fleming, CEO of Donate Life America, the nonprofit organization that's partnering with Apple to pull off the project, told AP.

It's a double-sided problem, too. Not only are younger people not registering, but only one in three deceased donors is over the age of 50. With so much of the under-40 market using Apple products and being targeted by the new feature, organ donor registries could see huge increases in registrations, and hopefully a corresponding increase in donations.

22 people die every day waiting for organs, which could be nearly eliminated by an increase in registered donors. By working to fight against this lack of awareness, Apple could save thousands of lives. And you can be a part of the change. iOS 10 is expected to be widely available next month, but if you don't want to wait that long, you can also sign up to be an organ donor right now.