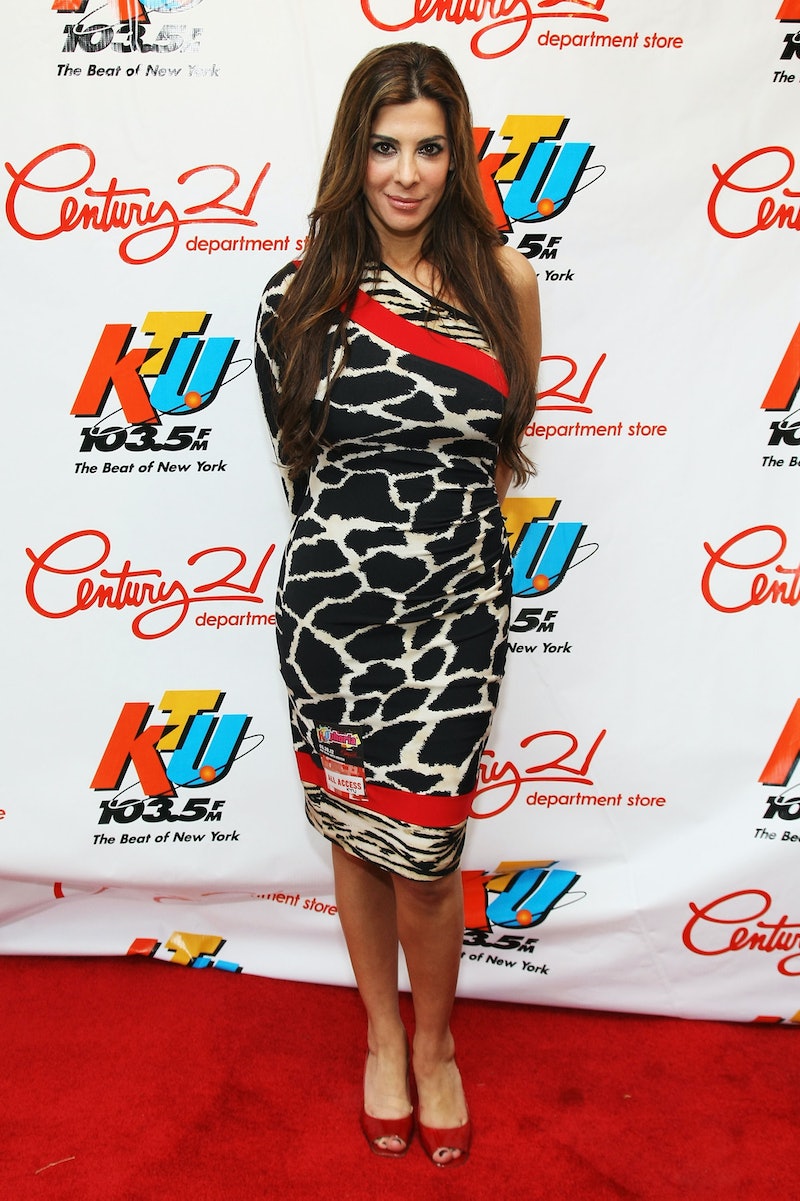 There are two new faces arriving to Bravo on Sunday night, but despite the fact that the Season 7 premiere will mark Siggy Flicker's Real Housewives of New Jersey debut, this might not be the first time you've seen the matchmaker's face. Siggy's an old reality television pro, with her most notable appearance on her own short-lived VH1 show, Why Am I Still Single? . The relationship expert's reality show may not have gotten too far off the ground, but her personal life is testament enough of her sick relationship skills. Moving on from one husband apparently without lawyers, drama, or dirty dealings, according to her Bravo bio, she found a second chance in lifelong partnership. So who is Siggy's second husband, Michael Campanella?

It turns out that the car salesman hailing from the Garden State wasn't always Siggy's ideal man. After such a whirlwind romance with her first husband, she told the Palm Beach Post of Michael, "on paper, I wouldn’t have probably picked him. He sold Jeeps and Chevrolets, and he’d been successful and had lost it all. He doesn’t have any hair on top. But my heart was pounding. We started talking, and he was not afraid to admit his failures. That was sexy to me.” That first reaction has lead to a sweet marriage, and here's what you should know about the couple.

They Love To Travel

Like any good best friends, they're always down to go everywhere with each other. Especially if it's in that awesome car.

Coming down on the decidedly underdog side of the New York sports team rivalry, the two aren't afraid to show their pride in the Mets. (And those adorable smiles.)

They're Raising Their Blended Family

According to Bravo, Siggy and Michael each have two children from their previous relationships, and it's clear that their love extends to their kids as well.

They've Been Married For 10 Years

Siggy didn't meet Michael until she was 38 years old, but the pair recently hit the milestone of a decade of being one of the happiest couples I've ever seen. (Aw.)

They Do Everything Together

If you find a guy down to go on hair salon entertainment duty (getting your hair dyed gets boring), you've hit the jackpot. Clearly Siggy agrees.

They Are Absolutely The Cutest

Sorry, but just scrolling through Siggy's Instagram has given me serious heart eyes and ignited my faith in the male population once again. We can all only hope to be this happy with our significant others. I can't wait until we get to see more of the pair in the new season. Is it Real Housewives of New Jersey time yet?