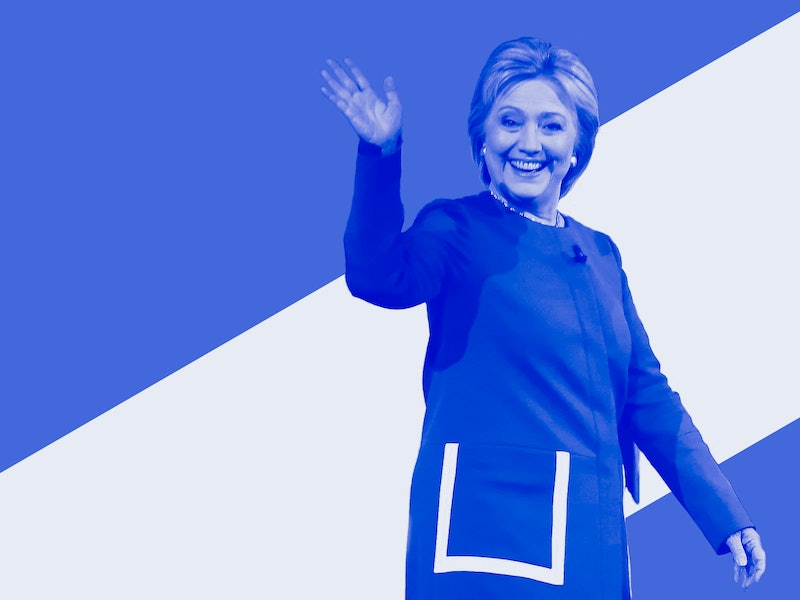 On Tuesday, James Comey announced the results of the FBI's investigation into Hillary Clinton's infamous emails. The agency concluded that, although there was evidence that Clinton and her colleagues were "extremely careless" in their handling of classified information, ultimately "no charges are appropriate in this case." While this means that, most likely, the threat of criminal prosecution is behind Clinton — the prosecutors at the Justice Department could still decide to bring charges, but this is unlikely — there's still plenty of political maneuvering to be done. In the end, though, an email scandal without the locomotion of an ongoing investigation probably lacks the sexiness to hold the media's attention for much longer.

In America, we spend a lot of time bemoaning our long election cycles, but in Clinton's case, the four months between now and when we head to the polls will be a blessing for her (assuming Congress doesn't open a ninth investigation into the email question). That's four months during which she'll be appearing with Democratic favorites like Massachusetts Sen. Elizabeth Warren and President Obama, not to mention (at some point, hopefully) Vermont Sen. Bernie Sanders. Even better, it's four more months of Trump just saying/doing things that seem to exclusively hurt his presidential odds.

And at the end of the day, I believe the emails on their own just aren't shiny enough to hold our attention. Perhaps in the pretend vacuum of moral objectivity and national security compliance, this is a damning and career-ending problem for Clinton, but in the circus that is the 2016 presidential election, the only specific email topic I can remember was the one about Clinton's yoga practices. Perhaps if there was an email of Clinton making remarks as inflammatory as some of the ones that her opponent has made about women, Mexicans, or Muslims, there would be a little more juice in the scandal. But at the end of the day, I just don't think the emails will make a dent in the increasing outrageous road to the White House.

Moreover, compared with everything that Donald Trump has going on — from being unable to fill speaking slots at the Republican National Convention in Cleveland to continued investigations into his business dealings — the emails would need to include some Carlos-Danger-level shenanigans to steal enough spotlight and do serious damage. Indeed, as Vox contributor Matt Yglesias tweeted:

In the end, there are many ways in which most voters have made a decision one way or another on the question of Clinton's emails. And short of some new incendiary revelation, I believe there's little that will get anyone to change their mind about the candidate. To a certain extent, there's even a familiarity with email trouble — especially bad-but-not-criminal email trouble — that many Americans can relate to. (Everyone who's ever sent a problematic email to someone accidentally, please raise your hands.) I don't think this absolves Clinton in the minds of voters, but it certainly reduces the number of pitchforks and torches the mob is wielding.

There's still plenty of time for Clinton to screw up in other ways, but I'll be shocked if anyone other than the most rabid Hillary-haters are still talking about the emails come Halloween.