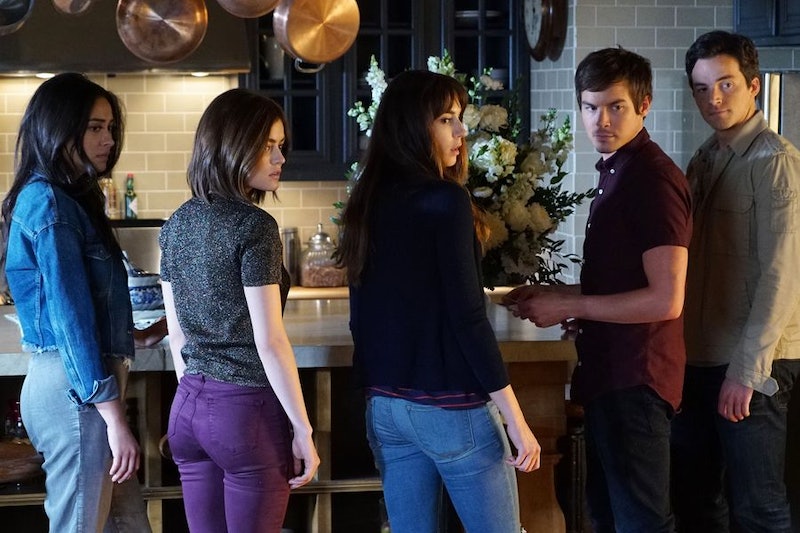 Well, that was officially one of the creepiest and craziest things that's happened to this Rosewood gang thus far. Proving yet again that nothing good comes from hanging out in the woods on this show, the Liars now have a whole new secret to keep: murder. Though, to be fair, it wasn't exactly their fault. After receiving a text from Rollins, notifying them of his location, the Liars decided to follow him in the hopes of saving Ali. But when Ali made a break for it, Rollins chased her and ran right in from of Hanna's car without warning. But is Rollins really dead on Pretty Little Liars or is there some possible way he could recover from his injuries?

Judging from the cold, dead stare of his eyes at the end of the episode, I think it's safe to say that this death is definitely for keeps. So unless this was actually someone else wearing a Rollins mask (which on this show is entirely possible), I think that's the last we've seen of Alison's husband from here on out. This also means that we now know who the Liars were planning to bury in the flash forward sequence from the Season 7 premiere. Many fans, myself included, were worried it would end up being one of the Liars themselves like Hanna or Ali (both of whom were MIA during the scene). So at least we can take solace in knowing that the grave belongs to a bad guy.

I also think it's safe to say that Rollins is definitely not A.D. at this point. There's no way the writers would kill that character off so early in the season. Plus, then who would be around to torment the gang further? There is so much we have yet to learn about Rollins, but now that he's dead and buried, I'm sure details of his past will continue to crop up. Let's just hope that he wasn't working with A.D. this whole time. Otherwise, this Uber A will have a whole other reason to hate the Liars and exact revenge.