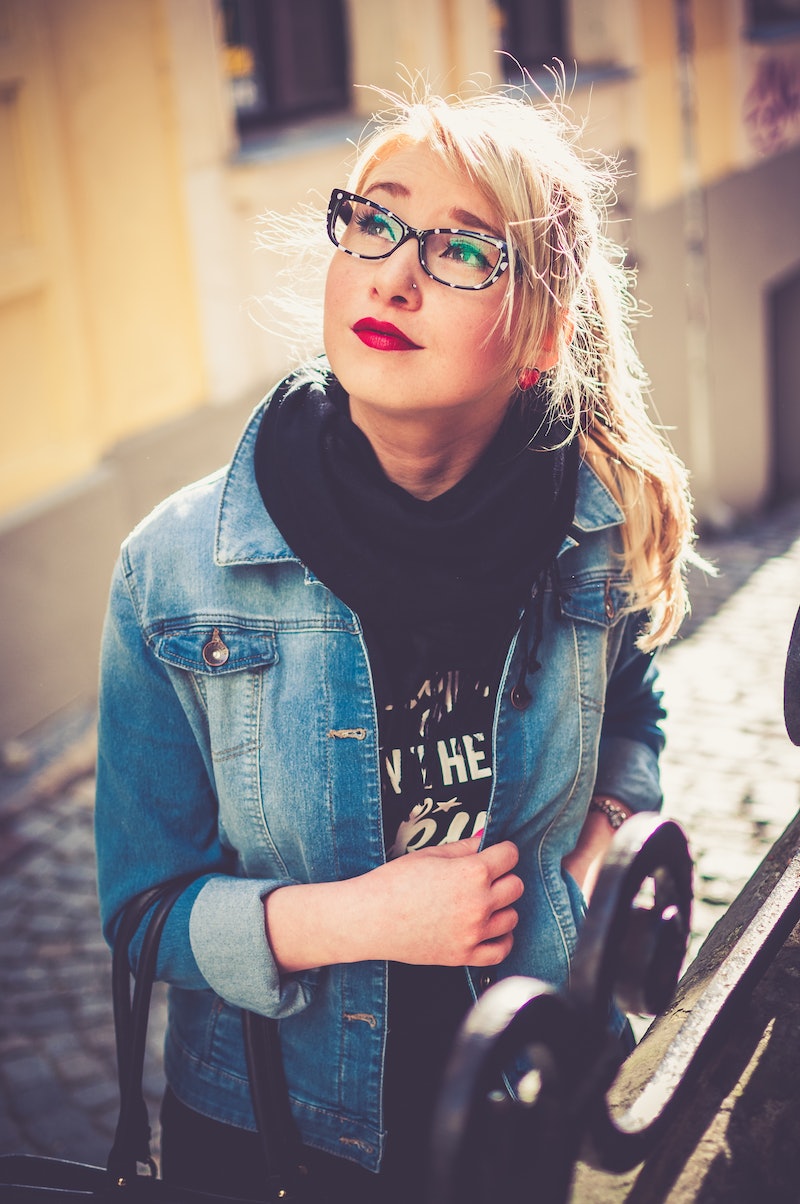 Maybe it’s because I’m loving my new lenses or I’m just too lazy to be bothered with contacts, but I've found myself wanting to rock my glasses a lot lately. The only issue with my second set of eyes is that wearing glasses in the summer truly sucks. Surviving a 90-degree, humidity-stricken Atlanta season is already hard enough. Pit stains, chaffing, and melting makeup are just the tip of the iceberg. But the inevitable struggles that stem from wearing glasses are the real problem for those of us coming up short in the 20-20 department.

Honestly, guys, when will we ever catch a break? A steaming cup of coffee fogs our glasses in the winter. Spring showers leave us constantly wiping our lenses on shirts that aren’t really suitable for cleaning. And the summertime takes the cake entirely, introducing a host of other issues to drive us crazy — as if glasses didn’t give us enough daily troubles already.

While the rest of the world basks in glorious rays and refreshing beach waves, the visually-impaired suffer through what should be a carefree season. You’ll likely be all too familiar with these nine annoying drawbacks of rocking your glasses, particularly if you’ve worn them during vacay season.

Anyone who wears eye-glasses knows that the biggest struggle is attempting — let me repeat, attempting— to wear shades. Are prescription sunglasses the way to go? Not really, unless you don’t mind switching back and forth between your sunnies and seeing-glasses. Perhaps transition lenses will do the trick? Nope! You’ll just look silly when you return from the outdoors and you’re still in shades-mode (no one wants to be “that guy” who wears sunglasses indoors). And don’t even think about tossing your glasses aside for a pair of shades. Sure, your eyes will be protected from the sun, but what good is that when you can’t see a darn thing?

2. Having Sweat Drip Onto Your Lenses

It's a scorcher outside, and you WILL sweat. And when you do, that sweat may very well end up on your glasses. Then you’ll have to remove them completely to wipe the drops away.

Nine times out of 10, you probably won’t have the proper cleaning cloth on your person. Using your shirt to get the job done always seems like a good idea in theory, but it only ever leads to yucky smudges on your lenses when you don’t have on the right material.

3. Constantly Having To Readjust Your Glasses

While we’re on the subject of sweat, let’s discuss how annoying it is to have your glasses slip and slide every 30 seconds come the summer. Your glasses are never a match for the perspiration that incessantly drips down the bridge of your nose. Personally, this irks my nerves more than not being able to wear sunglasses.

Steamy summer temperatures often cause our glasses to fog up. When you’re switching from the cool, air-conditioned indoors to the sweltering outside world, a little fog is bound to happen. I’m always torn between waiting for the fog to go away naturally and making my glasses dirtier by trying to clean them with my clothing. Ahh, decisions, decisions.

5. Combatting Temporary Blindness At The Pool

Wearing contacts in water is a no go, so a trip to the beach or pool likely means that your entire day will be a blur — literally. Even if your vision is only slightly impaired, having to go glasses-free while you’re swimming is the worst. The struggle is so real that I’ve tried swimming in my glasses on more than one occasion. Making matters worse, you’ll also probably get your lenses drenched when you get out of the water and grab them to dry off.

6. Losing Your Glasses At An Amusement Park

What might otherwise be a fun day at an amusement park quickly turns into one big giant dilemma for us four-eyed folks. You want to be able to see when you’re in the middle of an upside-down loop-de-loop, but you could risk losing your glasses.

Then again, you could put them in a locker for the day. But who wants to pay for that, only to then feel blind?

7. Reading Outside Is Nearly Impossible

If you’ve tried to read outdoors with your glasses on, then you know that the pesky sun is always causing a glare. Thus, we usually find ourselves forced to make yet another important decision: Do we take off our glasses to eliminate the glare, or keep them on with our vision in-tact and simply not read outside? We shouldn’t have to constantly choose between having our eyesight and doing our favorite summer activities, y'all.

Spending hours outdoors means glasses-wearers may earn their stripes. Yes, I’m talking about those ugly tan lines that appear under the arms of your glasses when the sun is beaming down on your visage. Sure, this could happen to anyone who wears shades during the season. But they have the luxury of taking their sunglasses off. For the visually-impaired, going blind in the name of avoiding tan lines is just not ideal.

9. Summer Showers Are The Enemy

Living in Atlanta, pop-up summer storms occur every few hours on the regular. If I’m caught outdoors, I give up all hope of cleaning my glasses. It’s times like these in which windshield wipers for glasses would come in handy. If only they were a thing for my fellow four-eyed friends and me.

As much as we love the summertime, the season takes a toll on anyone who wears prescription glasses. All we can do is accept our smudgy, glare-filled, sunglasses-free fates.