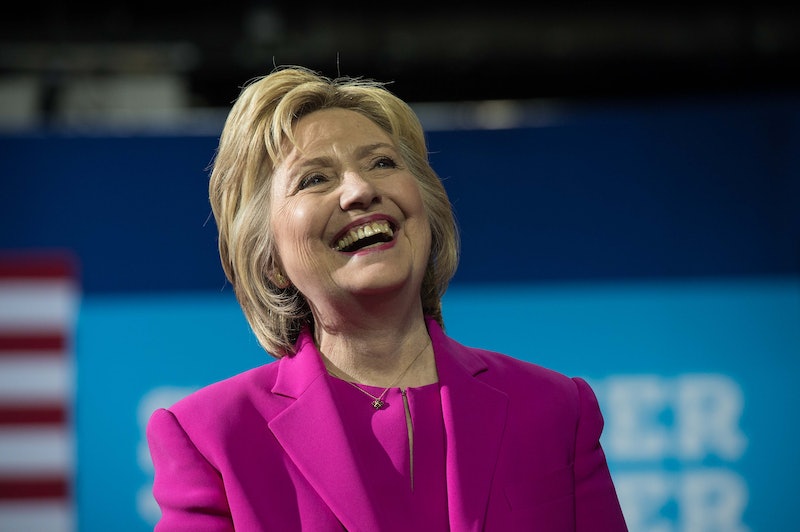 As of Friday, the day following the so-bad-it's-good Republican National Convention, you can put your Hillary Clinton vice presidential nominee bracket away because the former Secretary of State has made a decision, according to an exclusive report from The New York Times. Amid a storm of speculation and calculations, the presumptive Democratic nominee announced her vice presidential running mate to be Tim Kaine. Cue the drumroll, release the balloons, etc.

Speculation had been running high over the last few weeks as shortlists were shortened and appearances were analyzed. Every outler from the Washington Post to the Huffington Post had something to say about this year's "Veepstakes," often offering up tips for how the presidential nominees should make their picks. And there were a variety of ways Clinton could have gone about her decision. Did she want to play to try to shore up progressives and agitate Republican nominee Donald Trump the most by going with Elizabeth Warren, the senator from Massachusetts? Did she want to focus on getting a swing state by picking Sen. Sherrod Brown from Ohio, who also has a fairly progressive record and could steer Ohio voters away from Trump?

Many argued that Virginia Sen. Kaine, a name constantly at the top of Clinton's list, would be the perfect traditional Veep choice given his years of experience as governor, DNC chairman, and U.S. senator.

In the end, Clinton chose Kaine — and with her running mate firmly in place, Clinton now needs to form a hard offensive attack plan if she wants to beat Trump come November.

Amidst the dragged-out investigation of her use of private email servers while Secretary of State, Clinton admitted she has a trust problem when it comes to American voters. As the new fish in the election sea, the campaign needs to focus on showing Kaine as being extremely trustworthy, and then by extension, illustrating that Clinton is trustworthy.

Clinton also still needs to work on securing Bernie Sanders supporters. Clinton's extensive history in Washington actually works against her when it comes to trying to win over the Berners who wanted a revolution. At the same time, Clinton needs Kaine to be a fierce attack dog against Trump. Trump has shown himself to be a prolific tweeter who isn't afraid to hit below the belt when it comes to personal attacks on Clinton. This election is going to get messy, and Kaine needs to be ready to get a little dirt under his nails when it comes to taking on Trump.