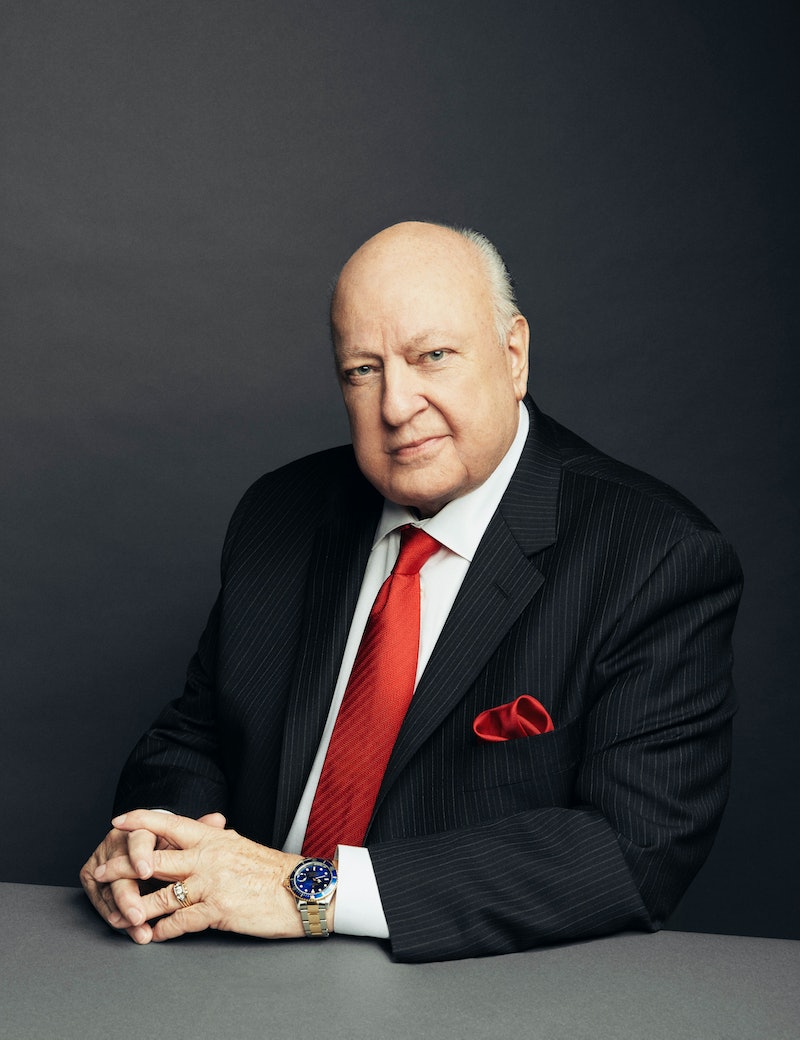 On Wednesday, former Fox & Friends news anchor Gretchen Carlson filed a lawsuit with the Superior Court of New Jersey alleging that Fox News CEO Roger Ailes sexually harassed her. (Bustle has reached out to Fox for comment on these claims.) Carlson was reportedly fired on June 23, following the end of her contract. The lawsuit describes a series of advances Carlson alleges were made by Ailes and what she claimed were retaliatory actions by Ailes after she refused the alleged advances, which she claims negatively impacted her career. Ailes has not yet publicly commented on the allegations. You can read Carlson's full lawsuit against Ailes on Document Cloud. Update: Ailes made a statement on Wednesday evening, saying, "Gretchen Carlson's allegations are false. This is a retaliatory suit for the network's decision not to renew her contract ... This defamatory lawsuit is not only offensive, it is wholly without merit and will be defended vigorously."

The lawsuit claims that, in 2009, Carlson reported to her supervisor that a fellow Fox & Friends host Steve Doocy was treating her in a sexist manner. Ailes allegedly responded to the complaint dismissively, saying Carlson needed to learn to "get along with the boys" and calling her a "man hater," she claims, though Ailes has not yet responded to these allegations. Carlson's suit lists a number of actions allegedly taken by Ailes thereafter as "retaliatory" in response to her complaints, including:

assigning her fewer of the hard-hitting political interviews that are coveted by political correspondents ... removing her from her regular once-a-week appearances on the highly-rated "Culture Warrior" segment of "The O'Reilly Factor," reducing her appearances during the 6:00 a.m. hour (where she generated increased ratings), and directing that she not be showcased at all.

The suit also alleges that Ailes himself sexually harassed Carlson, and that she persistently refused his advances, allegations that, again, Ailes has not yet responded to. Aside from being dismissive of Carlson's complaints, Ailes, according to the suit, asked Carlson to turn around so he could view her backside, asked her to wear clothing he considered flattering to her figure, and made comments about her legs, among other sexist and sexual actions. Bustle has reached out for comment on these claims.

At the time of this writing, Ailes has not issued a statement about the allegations. Read the full lawsuit on Document Cloud for more details about the lawsuit.