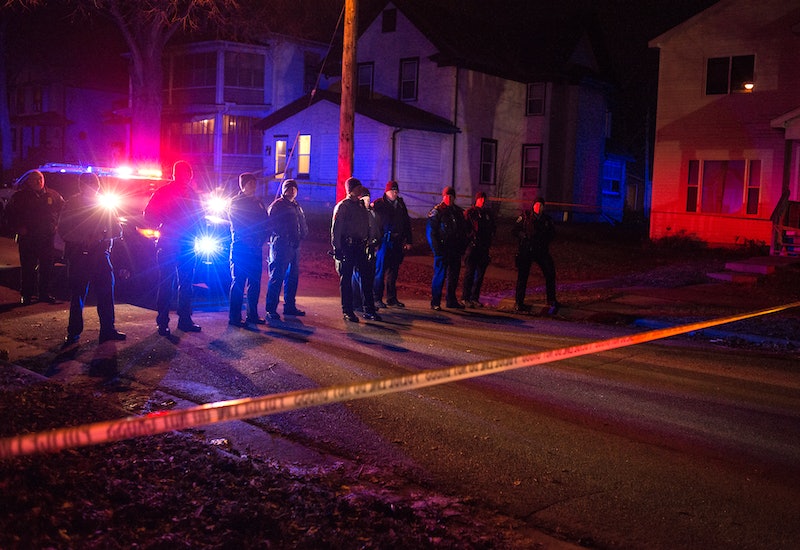 During a traffic stop for a broken taillight, a Minnesota police officer shot and killed a Black man while he was sitting in his car with his girlfriend and a child in the backseat. Who was Philando Castile? The shooting victim was only 32 years old.

The Minnesota police officer pulled over Castile and his girlfriend, Lavish Reynolds, in Falcon Heights, Minnesota, on Wednesday evening. Although Castile informed the officer that he had a pistol on him and that he was licensed to carry a gun, the police officer shot him in the arm four times. Reynolds captured the aftermath of her boyfriend's shooting in a video that she shared to Facebook. The video, which shows Castile bleeding through his white t-shirt and slumping into his seat, has since been removed from Facebook, likely due to its graphic nature.

Castile has "never been in jail, anything. He’s not a gang member, anything,” you can hear Reynolds saying in the video. Later, she says that Castile works for St. Paul Public Schools in Minnesota. On his Facebook page, Castile indicated that he worked for the University of Minnesota and previously worked at Target. Castile's Facebook page also says that he studied at the University of Minnesota, as well.

Castile's mother, Valerie, told a Minnesota CBS affiliate that her son was a cafeteria supervisor at J.J. Hill Montessori School in St. Paul, Minnesota. Castile would have turned 33 years old on Friday.

Castile was a 2001 graduate of Central Senior High School in St. Paul, Minnesota, according to his Facebook. Castile went by "Phil" among friends and family, according to a note on his Facebook page. Although there was reportedly a child in the backseat of Castile's car when the police officer shot him, it appears that it might have been Reynolds' child, as Castile lists "no kids" on his Facebook.

A parent whose children attended the school were Castile worked posted an emotional tribute to Castile on her Facebook page.

The post gave a glimpse into the kind man that Castile was and showed that he was known for his kindness among the community in which he lived and worked: "Every day he fist bumped my kids, even when they were acting up," the post says. "He knew every single one by name, pushed extra food in them like a grandma...This was a GOOD MAN."

Castile will undoubtedly be missed by man. This was undeniably a senseless and violent murder at the hands of a Minnesota police officer.