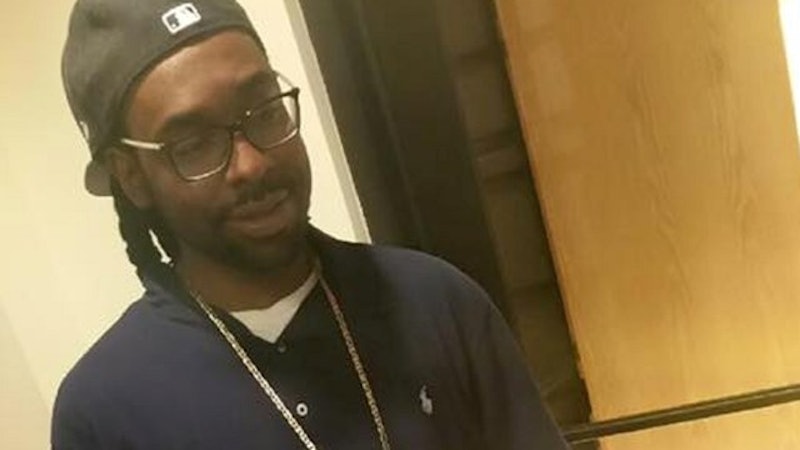 Less than 48 hours after the police shooting of Alton Sterling, another black man — Philando Castile — was fatally shot by an officer. The horrific incident was captured in disturbing detail on a Facebook Live video, where Castile's girlfriend broadcast the immediate aftermath of the shooting to her social network — and as the news traveled, to the rest of the world. Castile's death has understandably incited protest, as America wakes up to the harrowing reality that the 32-year-old is the 506th person fatally shot by police this year alone.

In the video, Castile can be seen in the driver's seat, growing limp as blood soaks his stomach and chest. The passenger, Lavish Reynolds, explains to the policeman — whose gun can still be seen protruding through the car window while the officer shouts out expletives — that Castile had been following standard procedure. According to Reynolds, Castile had told police that he had a concealed carry permit, and that at the time of the shooting, had informed the officer that he was merely reaching for his wallet. She alleges they were pulled over for a broken taillight.

As Castile appears to lose consciousness, the officer orders Reynolds to exit the car. Several minutes of the ten minute video then capture the sky, as Reynolds claims that the officer threw her phone on the ground. She can then be heard sobbing as she realizes Castile is dead. The remainder of the livestream shows Reynolds and her young daughter, who also witnessed the shooting from the backseat of the couple's car, crying and asking for prayers in the back of a police vehicle.

This senseless killing deserves action, and there are multiple ways to get involved:

Police reform advocates argue that the system, which has shown time and time again to perpetuate police violence against people of color, needs to be changed from the inside. Tenants of police reform include greater accountability of officers, de-escalation tactics, an awareness and end to racial profiling, and greater community outreach.

If you are in the St. Paul, Minnesota area, a peaceful protest is currently ongoing in front of the Governor's mansion. Reports indicate that some 200 people gathered throughout the night.

3. Donate To The Family

A GoFundMe account has been created to provide financial support to the Castile family. So far, over $2,000 has been raised in a matter of hours. You can donate here.

Though you can always start your own petition, a Justice for Philando Castile petition was created a few hours ago on Change.org. The petition is still in its infancy in terms of the number of signatures, so more are needed to help get it off the ground.

This week's shootings of Philando Castile and Alton Sterling, both captured on cell phones and blasted throughout the internet, should teach us that the scope and power of social media should never be underestimated. Tweet out your support and demands — people are listening.

According to The Washington Post, officers from the St. Anthony Police Department seemed just as shocked over the death as the public. Interim Chief Sgt. Jon Mangseth said this was the first officer-involved shooting in at least thirty years of the department's history. While the investigation is still ongoing, you can send letters and petitions to the department.

7. Join The Boycott Of The Louisiana Mall

Create an economic impact by joining the Louisiana mall boycott, organized for Alton Sterling, or boycott other establishments in your area.

These are just a few of the ways in which you can help bring about justice for Castile. In the wake of such horrific violence this week, it is everyone's duty to protest injustice when they see it.