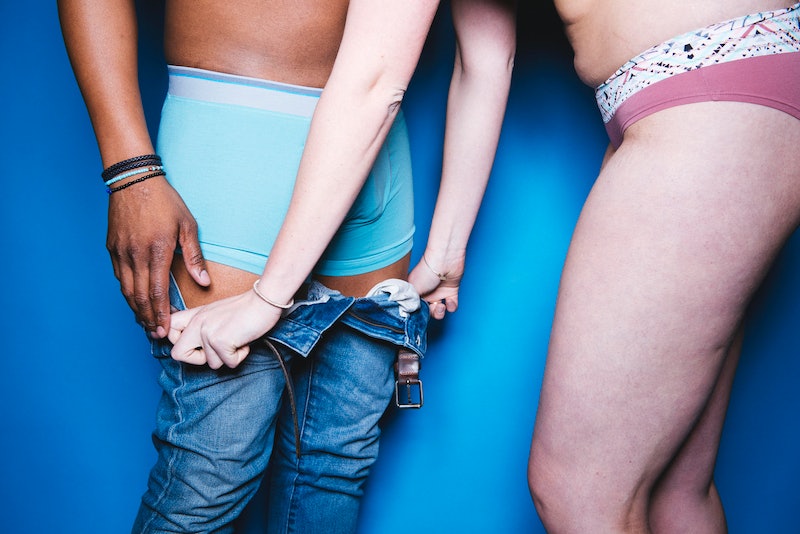 A new study out of Ireland found that almost half of men who pay for sex are in relationships, and over a third of them are highly concerned with the well-being of the sex workers they seek out. While this paints a complex picture of intimacy deficits, relationship dishonesty, and a genuine care for others, the study does a good job of dispelling the myth that men who pay for sex think of women as disposable objects.

In the study, Dr. Susann Huschke and Dirk Schubotz surveyed 446 people and found that 85 percent of men reported paying for sex, and 48 percent of those were in a relationship. Interestingly, though, most men preferred to keep ongoing transactional relationships with one or two sex workers in particular, because they preferred the bond of friendship and intimacy that came with it. In other words, men are seeking much more than sex from sex workers.

According to the study, "Some respondents stated that sex with a sex worker is the easier, but also a ‘more honest’ and safer option than affairs or one-night stands."

And while the stigma of paying for sex, and fear of being found out were the two most common negative associations given by respondents about paying for sex, the third one was a concern for the well-being of the sex worker. Thirty-six percent of men worried about the autonomy and consent of the sex worker they were paying: "They worry about the possible negative effects of selling sex and state that they would not pay for sex with somebody who appears coerced or forced."

A lot can and has been said about what this means for the state of men in relationships, what it says about the pervasive problem of not being able to communicate about sex with our partners, and what it means for the women who are in relationships with men who cheat on them for intimacy. But there's another group implicated by this study: sex workers.

The revelation that men are seeking out sex workers for intimacy and friendship, to explore their sexualities with a nonjudgmental person, and because they believe sex with a sex worker is "simpler" and "more honest" is a massive testament to the idea that sex work is work. It takes a huge amount of emotional labor to be a sex worker, and many sex workers have described the experience as tantamount to being someone's therapist.

It's possible that the reason these men enjoy their encounters with sex workers so much is because sex workers are skilled in sex-positive, nonjudgmental negotiation of sex acts. Sex workers simply have the skills to communicate about sex, pleasure, and consent in more fluent ways than most of us, which naturally lends itself to more vulnerable, intimate, satisfying sex. That doesn't mean you have to become a professional sex-haver to acquire lasting, great sex. But sexual fluency and communication is a skill and it requires practice.