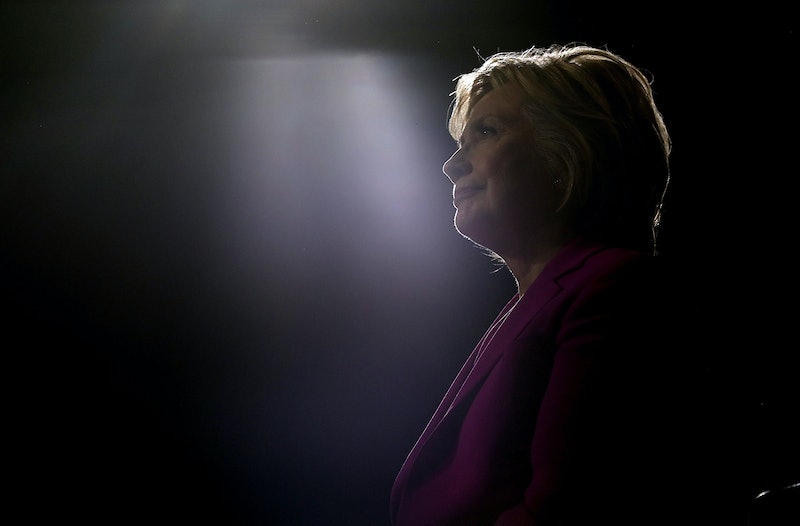 Just two days after the FBI announced it would not recommend filing charges against the presumptive Democratic presidential nominee, the State Department has reopened its investigation into Hillary Clinton's handling of classified information, the Associated Press revealed Thursday. The State Department had initially suspended its internal review for any potential mishandling of classified information by the former secretary of State in April to avoid obstructing or influencing the FBI's investigation.

State Department spokesman John Kirby announced Thursday the inquiry into whether Clinton's use of a private email server violated State Department email policy would be re-opened now that the Justice Department had closed its investigation, the AP reports.

"We will aim to be as expeditious as possible, but we will not put artificial deadlines on the process," said Kirby, refraining from naming a deadline for the investigation, as the AP reports. "Our goal will be to be as transparent as possible about our results, while complying with our various legal obligations."

The State Department had first launched an investigation into how Clinton and her aides handled classified information during her tenure as secretary of state in January after 22 emails deemed "top secret" were found on her private server. The probe is also likely to include an investigation into Clinton's top aides, Cheryl Mills, Jake Sullivan, and Huma Abedin.

Attorney General Loretta Lynch announced Wednesday the Justice Department had formally closed its investigation into Clinton, foregoing any criminal charges against the former secretary of state following FBI Director James Comey's recommendation against prosecution. It had seemed to be the end of an inquiry that had long troubled Clinton on the campaign trail.

But many Republican lawmakers have voiced dissatisfaction with the FBI's recommendation to refrain from pursuing criminal charges against the presumptive Democratic nominee, arguing she may have jeopardized national security and intelligence. Comey defended his decision to not recommend criminal charges in a hearing before the House on Thursday, saying he had not found "sufficient evidence" to prove Clinton or her aides discussed classified information via email and knew it violated the law. Comey said he instead saw "evidence of great carelessness" in Clinton's use of a private email server.

Unsatisfied with Comey's recommendation, however, House Speaker Paul Ryan formally asked Director of National Intelligence James Clapper to deny Clinton access to classified information during the remainder of the 2016 presidential campaign on Wednesday. "There is no legal requirement for you to provide Secretary Clinton with classified information, and it would send the wrong signal to all those charged with safeguarding our nation's secrets if you choose to provide her access to this information despite the FBI's findings," Ryan wrote.

Although no criminal charges are being pursued, Kirby claimed Clinton and her aides could still face "administrative sanctions" such as the revoked security clearances. According to the AP, such a punishment could prove a complication for the presumptive Democratic nominee's naming of a national security adviser if she were to win the general election in November.