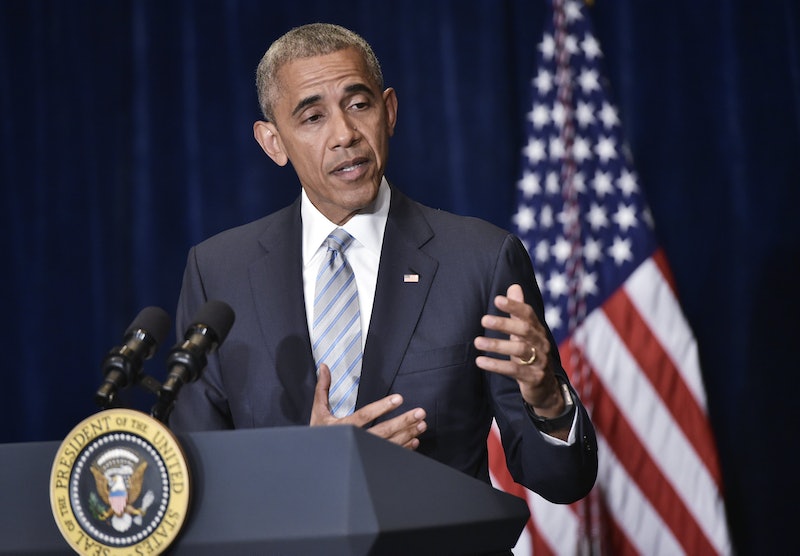 While attending a NATO summit in Poland on Thursday, President Obama spoke about police shootings of black Americans, with an emphasis on the controversy surrounding the recent deaths of Philando Castile and Alton Sterling at the hands of law enforcement. The president hit on many points in his speech, and one of Obama’s remarks on Black Lives Matter should be required reading — or listening, as it were — for every American.

Some critics of Black Lives Matter have taken issue with the movement’s name, suggesting that acknowledging the value of black lives is somehow tantamount to denying the value of other lives. “Blue Lives Matter” is a refrain that some in the law enforcement have used to express this dissatisfaction. This phrase implies mutual exclusivity — the idea that someone can either support black lives or support law enforcement officers, but not both.

But that simply isn’t the case, and not just because some police officers are also black. As a movement, Black Lives Matter has many beliefs, and you can read about them at length here; the idea that some lives are worth more than ever is not one of the movement's principles. Similarly, saying “save the rainforest” doesn’t imply that other forests aren’t worth saving, and pledging to fight breast cancer doesn’t mean that you like other forms of cancer.

Black Lives Matter is, in its own words, "an affirmation of Black folks’ contributions to this society, our humanity, and our resilience in the face of deadly oppression," and "an ideological and political intervention in a world where Black lives are systematically and intentionally targeted for demise." Nothing about that statement — including the part about black lives being "systematically and intentionally targeted for demise" — suggests that other lives are of less value. The focus of Black Lives Matter is exactly what the name says: black lives.