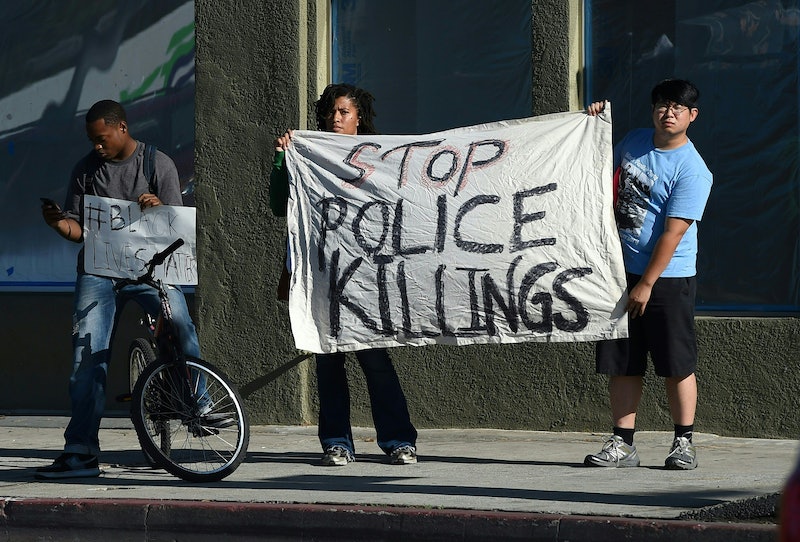 The killings of Alton Sterling and Philando Castile, two unarmed black men shot dead by police officers within two days of one another, have once again put a spotlight on the endemic problem of police brutality against black Americans. There are many ways one can look at this issue. But in one single tweet about Sterling and Castile, Leslie Odom Jr. made a crucial point about the unjust treatment of black people in America that white people very often miss.

“'What's going on?’ Hundreds of years. In America,” Odom tweeted. “This has been happening for HUNDREDS of years. Cell phones just make it harder to ignore.”

There’s a lot packed into that one tweet, but Odom is effectively making two points here. First, though police killings of black citizens have been receiving a lot of media coverage lately, state-sponsored violence against black Americans is not a recent phenomenon. Indeed, unequal treatment of black people in the form of slavery and segregation was official government policy for the majority of the America’s existence. Just because white people are seeing more of it now doesn’t mean it hasn’t always been happening.

It’s simply not possible to have an honest conversation about police violence against black Americans without also acknowledging that America enslaved black people for over 200 years. And the same goes for any number of other injustices that black Americans have suffered at the hands of the U.S. government over the course of the nation’s history.

The second half of Odom’s tweet drives home the fact that one thing is largely responsible for bringing more visibility to this kind of violence: improvements in technology. Specifically, the proliferation of cell phone cameras.

It’s a quirk of history that an innovation once derided as gimmicky fad has inadvertently ended up playing an important role in documenting injustice. The mere fact that two-thirds of Americans walk around with video cameras in their pockets is itself a game-changer; now, there are multiple apps specifically designed for stealthily recording and uploading video of police interactions with civilians.

This is certainly something to be celebrated. Many of the incidents of police brutality that made headlines over the last few years — the killings of Eric Garner, Walter Scott, Paul Gaston, Brown, Castilo and more — would have resulted in neither public outcry nor the prospect of criminal charges against the officers responsible if a cell phone user hadn’t been nearby to record the incident.

But let us not be too celebratory. More thorough documentation of a problem does not, by itself, solve the problem. While the videos of these horrific shootings occasionally result in consequences for the officers responsible (and I do mean occasionally), the fact is that these killings are still happening. It’s been happening for centuries, and ending this kind of discrimination will require a lot more than just cell phone cameras.