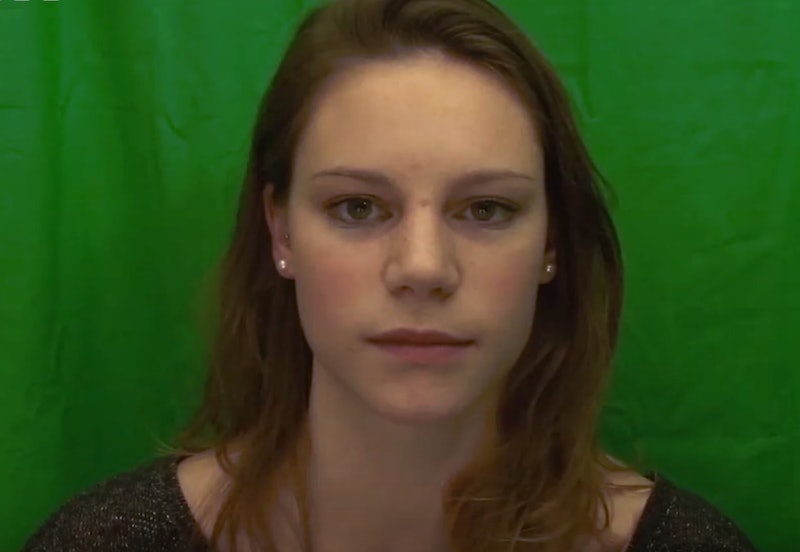 Eye contact can be a tricky thing. We’ve all had that experience of holding a gaze for a beat too long, and having a normal encounter suddenly become awkward. Being unable to catch someone’s eye can be equally uncomfortable. So how long should you hold eye contact? A new study reveals that the happy medium between “Why won’t you look my in the eye?” and “Stop staring at me!” is only a few seconds — 3.3, to be exact.

The study, published July 6 in Royal Society Open Science , points out that eye contact is an important facet of human behavior and communication, and that abnormal eye contact often makes people uncomfortable. If, for example, someone will only meet your eyes very briefly or not at all, you might assume that the person is trying to hide something, or that he or she can’t be trusted. In contrast, if someone holds your gaze for too long, you might feel that he or she is being overly familiar or creepy. Eye contact is so central to human behavior and interaction that deviations from normal eye contact patterns are sometimes used to diagnose mental conditions like schizophrenia and autism. But although it’s generally accepted that abnormal eye contact makes people feel awkward, the researchers point out that it’s actually “unclear what constitutes normal eye contact” (emphasis mine).

In order to figure out what “normal eye contact” means, the researchers, from University College London and Queen Mary University of London, studied 498 visitors at the London Science Museum, male and female, ranging in age from 11 to 79. Each visitor watched video of an actor gazing directly into the camera, and was told to indicate if the actor’s gaze went on for too long to be comfortable, or not long enough.

You can see one of the actor videos below, with the actor gazing into the camera for varying lengths of time. The study used eight different actors, half male and half female.

The researchers found that the magic number in terms of participants’ “preferred gaze duration” was… (drumroll, please)… 3.3 seconds, with about 0.7 seconds of variation on either side.

The researchers discovered that, although not everyone has the same comfort zone when it comes to eye contact, factors like gender and age did not affect individuals’ preferred length of eye contact. One element that did seem to affect how long people were comfortable holding eye contact was pupil dilation. As Science points out, people’s pupils dilate automatically when they look into the eyes of others. The study found that the subjects whose pupils dilated quickly upon meeting the eyes of the actor on screen tended to prefer holding the gaze for longer periods of time. In contrast, people whose pupils dilated more slowly preferred shorter gaze durations. Pupil dilation, and the speed at which it occurs, is an involuntary response that rests outside of people’s conscious control.