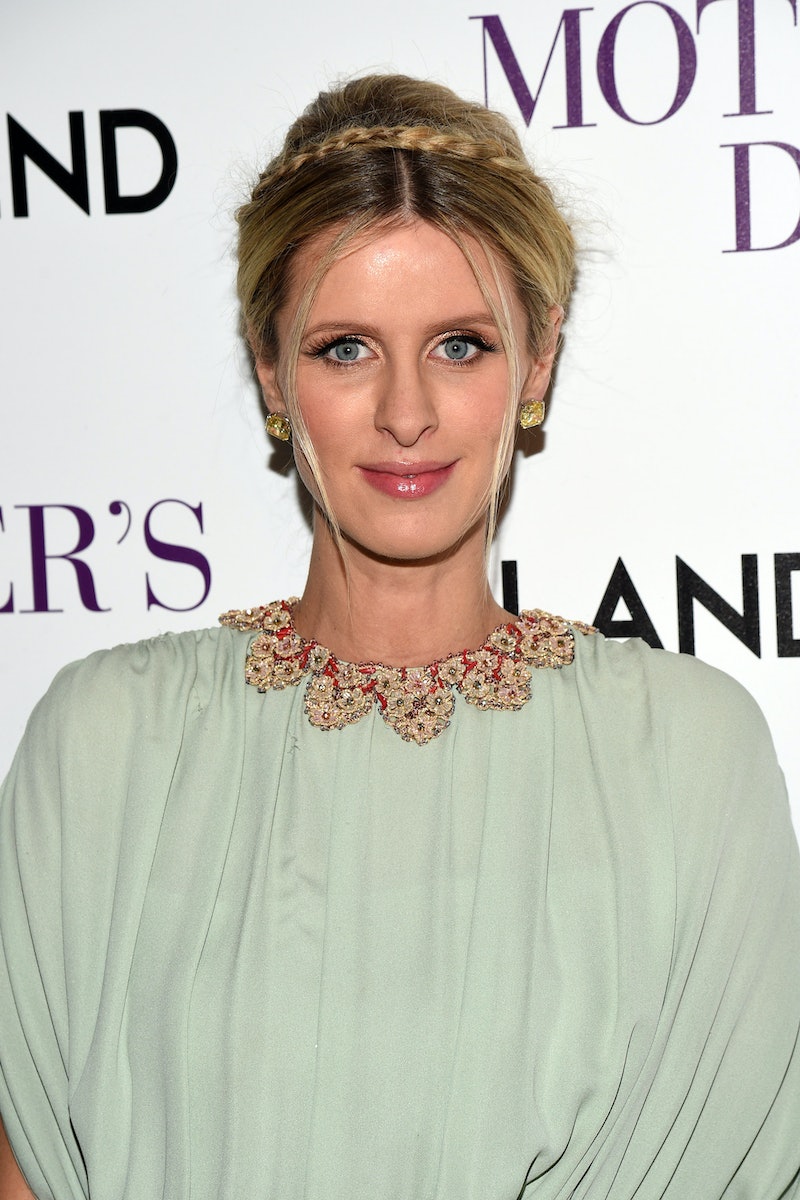 It looks like Paris Hilton can start with her aunt duties. According to Entertainment Tonight, Nicky Hilton welcomed a baby girl with husband James Rothschild. As you can imagine, according to ET, they gave their daughter the most perfect name. They reportedly chose Lily Grace Victoria Rothschild as a name and does it get more regal than that? The Hiltons are kind of like a royal family, so the moniker is definitely fitting.

Bustle reached out to Hilton's rep for confirmation of the news, but has not yet heard back.

Per a source who spoke with ET, Lily arrived the morning of July 8 in New York City and weighed in at seven and a half pounds. There has yet to be an official birth announcement, but if true, I'm sure Hilton and Rothschild are over the moon with their addition.

In January, People revealed the couple were expecting their first child together. Then, in May 2016, Hilton's sister, Paris, dropped the bomb to Us Weekly about the baby's gender. She said, "I’m so excited for the baby. She’s going to be such a beautiful little girl, and I can’t wait to meet her." At the time, Paris also added, "Now that I know it’s a girl, it’s getting easier to buy things for her. I love all the dresses I got her. There are so many beautiful dresses and little princess outfits. So I can’t wait to see her in them." Basically, her niece is going to be one stylish baby.

While chatting with Us, Paris also dished about the name and said, "My favorite name for a baby is London, but that’s for my baby! For her, I don’t know. I can’t really think of a name." I have a feeling Paris will approve of Lily Grace Victoria.

Congrats to Nicky and James on their little girl!