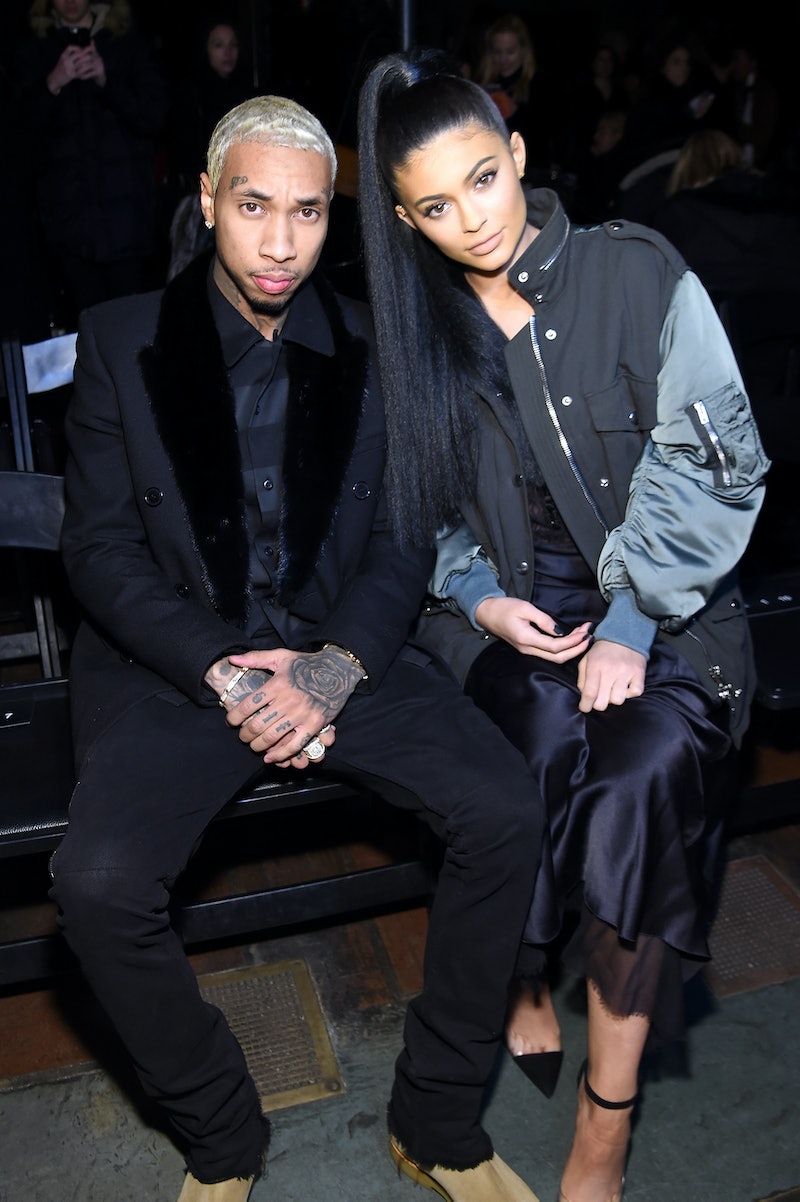 In all honesty, even for someone who follows celeb news and all things Kardashian, Kylie Jenner's relationship with Tyga is a bit of an enigma. There's the obvious question of "why?" (mostly because she's 18 and he's 25), but also the sense that they're so mysterious that no one really knows what goes on behind-the-scenes, even though Jenner is constantly adding photos and vids with the rapper to her Snap story. Even when it seems like you know what's going on — they're together; they've officially broken up; they're back together again — there's always a little more than what meets the eye. Which is exactly why, when Jenner posted a photo of herself and Tyga on Wednesday and captioned it "Mr. & Mrs.," the rumors starting flying that they're married. But hold up — this is far from the first time that these two have referred to each other in married terms.

In fact, even though many people like to reserve pet names like "husband," "wife," and "fiancé(e)" for when they're actually, uh, betrothed to one another, Tyga and Jenner are not ones to play by the rules, repeatedly calling each other such nicknames via social media. Just a week ago, the Lip Kit maven uploaded a video to Snapchat in which she called Tyga her "husband," gushing over nail polish that reminded her of the rapper.

Months earlier, the "Stimulated" rapper uploaded a Snapchat vid of his own in which he called Jenner his fiancée.

And back in March, Jenner sparked marriage rumors once again when she posted a photo of a bag (presumably gifted to her by Tyga), with the caption, "Happy wife happy life."

But despite all of these marital references, the two are not (yet) married and are not (yet) engaged. They just simply like to refer to each other by those kind of nicknames, even if (or maybe because) it confuses the public, keeps the rumor mill churnin' away, and keeps their names in the headlines. Or maybe they're just like any other young couple who has pet names for each other, and theirs just happen to be, you know, one that makes it seem like the relationship is a little more serious than it actually is.

Then again, Rob Kardashian and Blac Chyna were playfully calling each other "wife" and "hubby" before they got engaged, so maybe there is some bling on the horizon for Tyga and Jenner. Only time will tell...