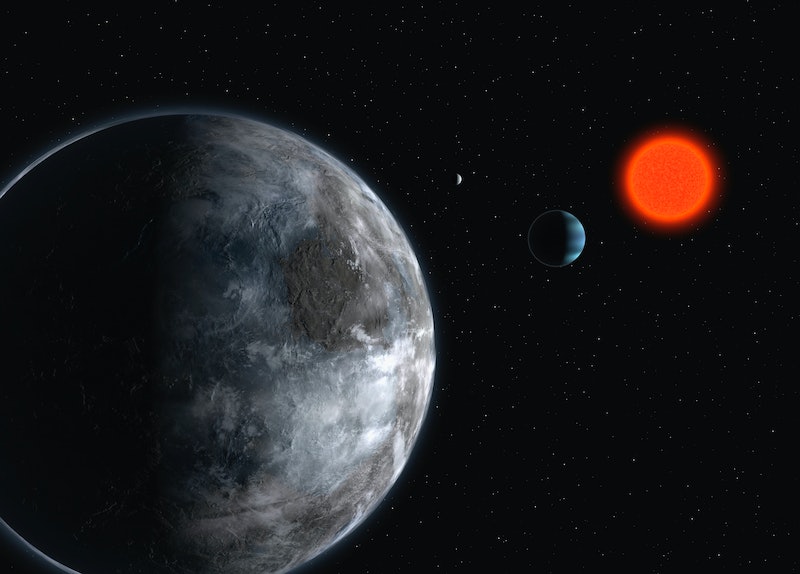 Space tourism, defined as zooming off into the stars just for kicks, is about to be The Next Big Thing. In 20 years, the Federal Aviation Authority predicts it'll be a multi-billion-dollar industry. PayPal has already launched an initiative to figure out what the economy will be like out there, and tycoon Richard Branson plans to launch his first commercial flight in December. Now, Democrats are even trying to establish a national park on the moon. (Seriously.)

So, will you ever be able to afford a trip? Are people going to start living there? Here's what you need to know:

There are different kinds of spaceflights.

It's not as simple shouting "To infinity and beyond!" and hoping you'll wind up somewhere awesome. There are two major kinds of space travel: The first is orbital spaceflight; when the spacecraft makes at least one full lap around Earth, and goes deep into space—possibly as far as the Moon. Sub-orbital spaceflight, on the other hand, is the likely tourist variety. It involves popping to space for a bit, hanging out in the shallow end of Earth's orbit, and then heading home for tea.

Start-ups are jumping on the emerging space market.

Orbital spaceflight is far, far more expensive than sub-orbital: a trip will run you at least $10 million. (Sub-orbital flights start at $200,000. What a bargain!) As the industry prepares to launch—pun intended—dozens of start-ups have formed private companies, hoping to usher in the golden age of space travel. None have actually gotten past Earth yet, but, you know, they're working on it. Surprisingly, Apple and Google haven't gotten involved yet. The iRocket and GCraft just name themselves.

There are fierce debates about the ethics and semantics of space tourism.

Politicians and academics have debated the merits of launching an industry that only caters to the super-rich. Proponents point out that a seat on an airplane was originally out of reach for most people, but swiftly cheapened as flying grew more popular. There are also fears that space tourism will accelerate global warming on Earth. In 2005, the U.S. government released a series of rules governing space tourism: for starters, requiring a license.

Space is not good for your body.

Not to state the obvious... but the human body has evolved, from scratch, to adapt to Earth. The long-term effects of spaceflight are still unknown, but we know that eventually, the skeleton will probably start deteriorating and muscles will start to atrophy. The heart slows, the immune system weakens, and your body basically screams to be taken back to Earth. This might be OK for short-term spaceflights, but long-term plans to leave Earth are going to leave your body looking like those creepy dead pirates in Pirates Of The Caribbean. So...just keep that in mind.

None of this is stopping people from being ambitious about space travel.

Dutch start-up 'Mars One' plans to send a bunch of humans to live on Mars in 2023. And broadcast the whole thing on Earth. Russian company Orbital Technologies is also set to open a space hotel in Earth's atmosphere by 2016. And two House Democrats are attempting to pass legislation that will designate national parks in space.

More like this
The Best Self-Care Strategy For Your Zodiac Sign
By Marilyn La Jeunesse
Here’s Your Horoscope For Thanksgiving Weekend
By Mecca Woods
Here's Your Horoscope For December 2022
By Alexandria Lettman
Emily Ratajkowski & Pete Davidson's Astrological Compatibility, Revealed
By Nina Kahn
Get Even More From Bustle — Sign Up For The Newsletter