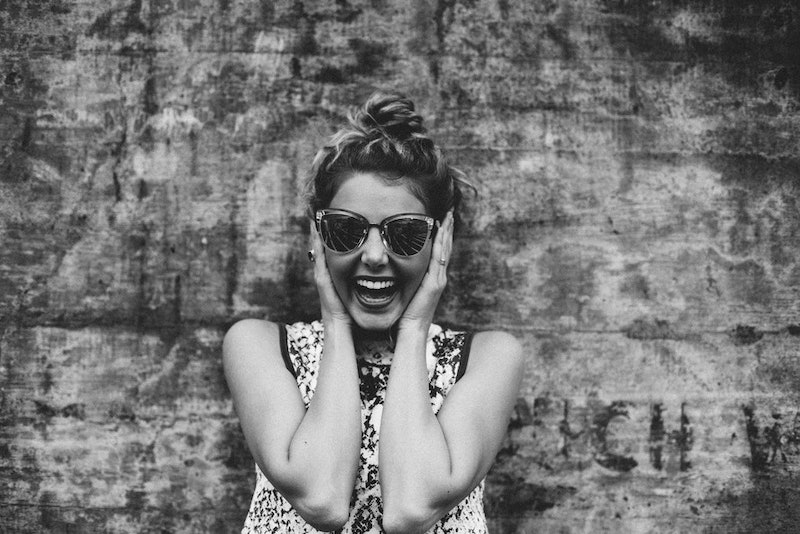 If you were anything like me as a kid, you probably couldn't wait to grow up and be an adult. Now that you're finally an adult, though, there might be a few signs that you're not as mature as you think you are. While getting your driver's license and working at a job are, of course, signs of adulthood, that doesn't necessarily mean you're mature. Behaviors that indicate you could still stand to grow up a little are slightly harder to spot, but they're important to recognize so you can fix the problem.

However, it's easy to fall back on child-like behaviors when you don't want to make the hard adult decisions. According to senior features writer Kelsey Miller at Refinery29, if you're financially dependent on your parents or constantly complain about things, but never making any changes, then you might not be as mature as you thought. And hey, that's OK. As long as you realize this now, and you seriously want to make some changes, then you're on the right path.

But if you're still not sure if you're on the adulthood train, then let's take a journey and explore the many signs of someone who may not be mature just yet.

1. You Haven't Emotionally Separated From Your Parents

It's never a bad idea to have a good relationship with your parents, especially if they always support you. But if you're dependent on them financially or emotionally when it comes to making decisions in your life, then that might not be a mature situation. "[You] haven’t really emotionally separated from [your parents], and you’re doing things the old dysfunctional way instead of taking charge and running your life your way, which may also require getting some information about how to do it," says Tina B. Tessina, PhD, in an interview with Bustle over email.

Throughout your life, there are going to be plenty of times when you have to deal with an unfortunate situation. Yelling and reacting with anger right away is not an ideal way to handle upsetting scenarios, and is a clear sign that you need to grow up a little bit. "The mature thing to be is responsive, where you think first, and then respond. You’ll be less upset, and less combative if you’re mature," says Tessina.

3. You Don’t Feel In Charge Of Your Own Life

"If you often feel like you’re faking it, you are very anxious, or you can’t get yourself to do what you want to do, you [may] lack some emotional maturity. Mature people are in charge of themselves, know how to manage their feelings, how to reach their goals, and how to relax and have fun when appropriate," says Tessina. Sometimes being mature means you have to make hard decisions, whether that pertains to your professional or personal life. While it's nearly impossible to always have your life together, choosing to hang out with your friends over accomplishing work, or going to the movies instead of saving your cash can add extra stress in your life in the long-run. Learn how to manage your feelings so you can make the right choices to reach your goals.

4. You're Financially Dependent On Others

While there can be plenty of reasons you're not doing well financially, it's important to find a solution, so you don't have to ask for money from your loved ones anymore. Asking for money can tarnish your relationships because you're depending on others to fish you out of your problems. According to About Money, if you can't return the money you've borrowed, don't avoid the person or take your relationship for granted. It's important to communicate to them about your situation so they're not left in the dark.

5. You Don't Have Self-Control

Some people may believe they have the right to spend money on the latest gadget because they had a hard week at work or they cheated on their SO, because in the moment, that's what they wanted. Having self-control means you're thinking about the present while acknowledging the future. The type of actions you choose to make today can affect the events that will happen down the line.

According to Psychology Today, Heidi Grant Halvorson Ph.D., said, "Decide in advance what you will think about when a thought about smoking, snacking, or hitting 'redial' pops into your head." Having self-control is also important to have when it comes to making tough decisions

6. You Constantly Make Fun & Speak Badly Of Others

According to the Huffington Post, award-winning authors of BE THE CHANGE : How Meditation Can Transform You and The World, Ed and Deb Shapiro said, "We attack others in order to feel good, or at least belittle someone as a way of making ourselves look better; finding fault or putting them down makes us feel superior. This tends to happen more when we are down ourselves, as misery loves company; feel bad yourself and you invariably find fault in others." While this behavior is common to happen in elementary or middle school, it's not appropriate for adulthood. Rather than making fun of other people, embrace their difference and compliment them instead.

Be the Change: How Meditation Can Transform You and the World , $2, Amazon

While there's nothing wrong with wanting to be surrounded by people you love, you don't want to only hang out with them because you're afraid of being alone. According to the Huffington Post, relationship expert Margaret Paul, Ph.D., said, "The truth is that the only time we actually feel alone is when we abandon ourselves. We may feel lonely when we want to share love with another and there isn’t anyone there, or the other person is closed to connection. But being lonely is a fact of life. It can occur within a relationship or without."

8. You Never Admit You're Wrong

Admitting that you're wrong doesn't mean that you're weak or worthless, it's actually a great way to gain more respect amongst your colleagues or peers. People seem to believe that if they confess they've made a wrong choice, it will affect their reputation in some way. But that's far from the truth. According to Elite Daily, admitting that you're wrong is a great sign that you're a good leader and have a strong character. It means that you're confident enough to admit your faults, fix your mistakes, and more forward.

9. You Always Blame Others

According to Psychology Today, Elliot D. Cohen Ph.D., said, "Clearly, the first of these beliefs is false because in many cases a negative situation is not really the fault of anyone, or anyone in particular. For example, traffic accidents can be 'true accidents'; people sometimes don’t get along or like each other because of personality conflicts; sometimes people come in contact with a virus and catch it to no fault of anyone. People can suffer heart attacks or get cancer without it being someone else’s false." Constantly blaming others for your actions is a clear sign that you're not mature. When things go wrong, don't look for the first person you can point the finger to so you can save face. For example, "I cheated because my SO wasn't giving me enough attention," or "I didn't hear about the project because my coworker didn't tell me," are ways you might blame others for your actions. It's better to quickly find a solution or admit that you're wrong. No one will trust your word if you're constantly putting blame on others.

Being mature doesn't mean you have to be serious all the time, it's just about knowing what your priorities are and how you decide to deal with certain situations. If you notice some of these tips occurring in your life, figure out a way to change things around, so you can become a mature adult that your mama would be proud of.