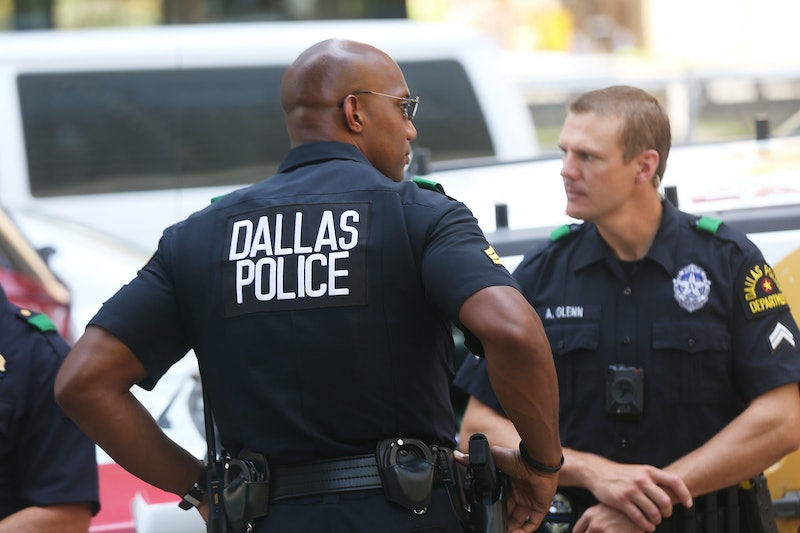 Krol had reportedly served with the Dallas Police Department for nine years, according to a statement his mother provided to the Detroit News. "He was living a dream of being a police officer," the statement read. "He knew the danger of the job but he never shied away from his duty as a police officer. ... He was a great, caring person and he wanted to help people."

According to Brian Schoenbaechler, Krol's brother-in-law, the 40-year-old Michigan native had opted to move from Redford Township, Michigan, to Dallas, Texas, nearly 10 years ago in order to pursue a career within the police force. "He really wanted to be a cop," Schoenbaechler told the Detroit News, adding that local law enforcement agencies were not hiring at the time of Krol's move. "That was his dream. It was an opportunity. ... He always wanted to help and serve other people."

In a press release published Friday by Michigan's Wayne County Sheriff's Office, Krol was identified as a former employee of the agency who worked in the county's jails from 2003 to 2007. "We are saddened by the loss of the dedicated officers in Dallas — one of whom was a former member of this agency — and also the wounding of the other officers," Wayne County Sheriff Benny Napoleon said in the statement. "Those officers made the ultimate sacrifice and died honoring their oaths to protect and serve. Our thoughts and prayers go out to their families and also the Dallas Police Department."

Prior to working in Wayne County jails, Krol was employed as a hospital security guard, according to the Washington Post. The 40-year-old Dallas police officer reportedly had a serious girlfriend at the time of his death.

Two other officers shot and killed in Thursday's fatal attack were identified earlier Friday as Dallas Police Officer Patrick Zamarripa and Dallas Area Rapid Transit (DART) Officer Brent Thompson. The identities of two other officers killed Thursday have yet to be released. Seven others were also wounded in the attack.

More like this
What Is Happening With Sheku Bayoh’s Case?
By Sophie McEvoy
The Most Powerful Photos From The Weekend’s Abortion Rights Protests
By Melanie Mignucci
Yinka Bokinni Recalls Terrifying Truth At Heart Of 'How To Hire A Hitman'
By Frances Stewart
For These Abortion Clinic Volunteers, Going TikTok Viral Is A Risk Worth Taking
By Audra Heinrichs
Get Even More From Bustle — Sign Up For The Newsletter