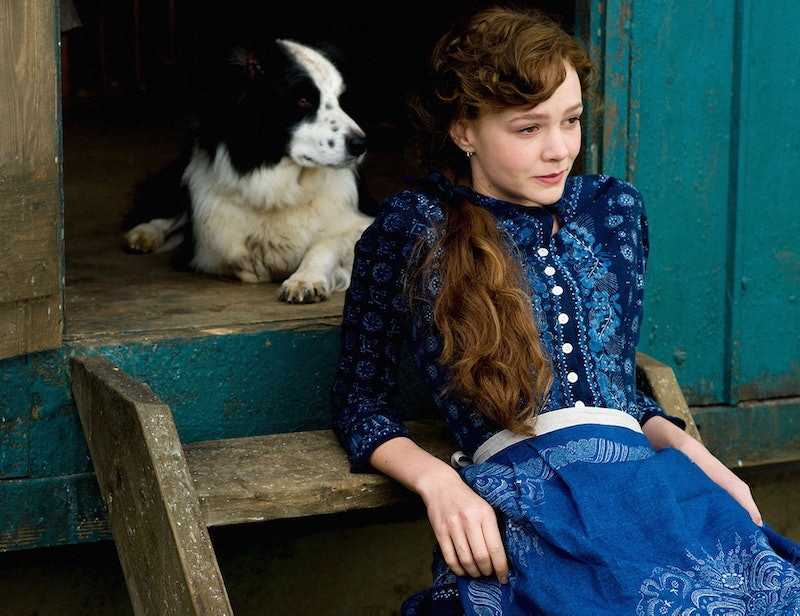 In 1874, Thomas Hardy published Far From The Madding Crowd and introduced the world to literature forgotten feminist heroine: Bathsheba Everdene. When we discuss early feminist heroines in literature, we always mention Elizabeth Bennett from Pride and Prejudice, Jane Eyre from Jane Eyre, and Dorothea Brooke from Middlemarch, but very rarely do we talk about Bathsheba Everdene. I think we should.

Bathsheba is ambitious, independent, headstrong, determined, and free-spirited. From the very beginning, she makes it known that she could never become any man’s property, and she never shows any interest in getting married. In fact, she once says:

“Well what I mean is that I shouldn’t mind being a bride at a wedding, if I could be one without having a husband. But since a woman can’t show off in that way by herself, I shan’t marry-at least yet.”

She defies expectations for women during Victorian England in the 1870s. She is determined to run the farm she inherited to the best of her abilities — which she does, with pleasure in the process. Bathsheba is incredibly dedicated to her farm and her employees. Of course, many doubted her abilities to run a successful farm since she is a woman. Bathsheba understand this and recognizes that she must work harder to earn the respect of her employees because of her gender. Therefore, she promises them that "I shall be up before you are awake; I shall be afield before you are up; and I shall have breakfasted before you are afield. In short, I shall astonish you all." And she does.

Bathsheba amazes them all by working alongside them, selling her own crops at the markets where she is the only woman, and managing her own farm like a well seasoned pro. Through her dedication and hard work, she quickly earns the respect of her employees.

Her hard work proves triumphant when her farm becomes a financial success. She proves to all the naysayers that a woman can run a successful farm. Bathsheba takes pride in knowing that she can succeed in a traditional male business. Like, Elizabeth Bennett, Jane Eyre, and Dorothea Brooke, she was clearly ahead of her time and unafraid to disrupt the status quo.

Bathsheba is such a fascinating character because of the different facets of her character. Yes, she is beautiful, but she does not allow her beauty to define her. Her determination to succeed and her desire to be independent are the defining factors of her personality. This is incredible refreshing; Hardy does not write a romanticized version of Bathsheba, but rather a real person. She is not always the most likable person; she doesn’t always make the right decisions; and she is hard to read and hard to understand. She's a multidimensional character, not just a love interest. All of this makes her real and relatable.

Hardy portrays a very early portrait of a feminist heroine through Bathsheba Everdene. Her character is one of the most compelling ever written. I think she should earn her spot among the early feminist heroines of literature.