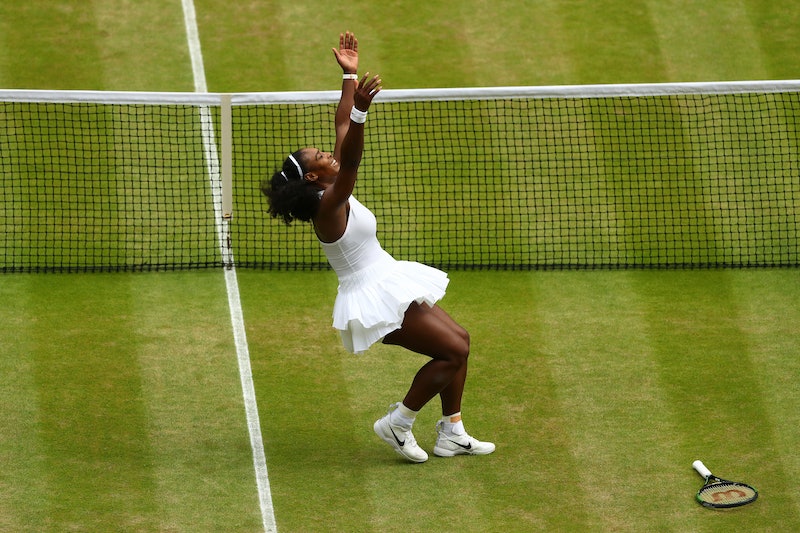 For tennis' world No. 1, the fourth time proved to be the charm. In a thrilling final matchup, Serena Williams took home her seventh Wimbledon win, roaring back from defeats in three straight majors to finally tie Steffi Graf's Open era record of 22 Grand Slam singles titles with Saturday's win over Angelique Kerber.

It was a high-pressure game for Williams, who'd been chasing the elusive major singles record since winning Wimbledon last year. With losses at the 2015 U.S. Open, and this year's Australian and French Open Championships, the 34-year-old American had struggled to hit that magic number — 22.

In fact, in January, it was a quick-footed Kerber, the No. 4 seed, who defeated Williams in the finals of the Australian Open to take the Grand Slam win and keep the world No. 1 from equaling Graf's record. But on Saturday, on an outer court in London's Wimbledon, Williams proved she's still got it.

"I had a couple of tries this year," CBS News reports Williams said after her set Saturday of her record-equalizing win in Wimbledon. "I lost to two great opponents — one of them actually being Angelique. It makes the victory even sweeter to know how hard I worked for it."

The overall record for Grand Slam titles is held by now-retired Australian tennis star Margaret Court, who netted 24 singles titles from 1960 to 1975. Graff, and now also Williams, hold the record for tennis' Open era, which began in 1968.

With one final powerful forehand volley giving her the points needed for victory, Williams dropped to her back in the middle of Wimbledon's Centre Court, soaking in her history-making win as the crowd exploded into a standing ovation. Williams appeared delighted and relieved with her Wimbledon win as she walked off court with a smile spread across her face and her hands held above her head, her fingers forming two twos to represent her 22 Grand Slam singles titles.

"It's such a great feeling to be out here," Williams told reporters after the match. "I love playing out here on Centre Court, especially with my sisters who've just inspired me so much just to be here and to be who I am. I don't know what else to say, I'm just so excited."

Williams will have another chance at a Grand Slam title when she takes the court with her sister, Venus, to play in the women's doubles final against Timea Babos and Yaroslava Shvedova.