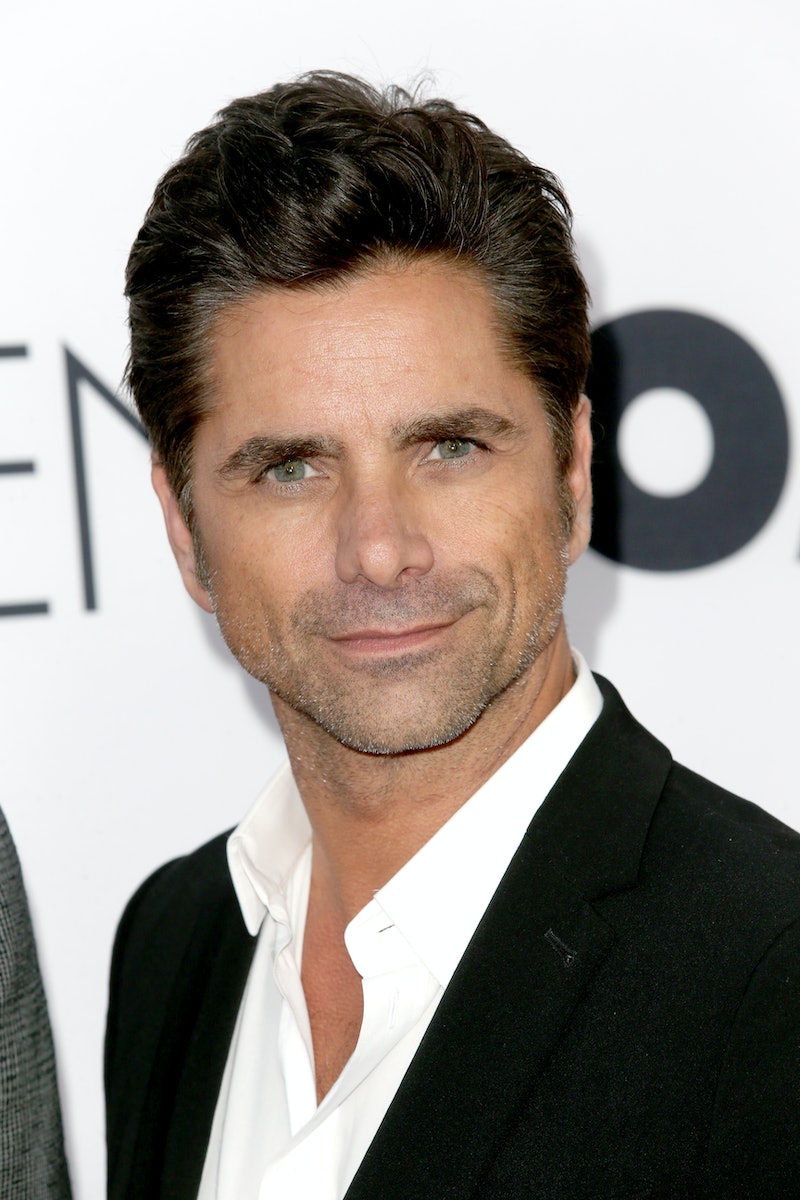 Think you've had enough Full House nostalgia to last a lifetime? Think again. Over the July 4 weekend, John Stamos performed with two OG Beach Boys, Mike Love and Bruce Johnston, and it's a must-watch if you're a fan of Full House, Stamos, The Beach Boys, or all three (like yours truly). The performance was a special one for all three musicians, because the song they performed not only had a special meaning, but it heralded a short-but-sweet reunion for the trio: They performed "Forever," a song written by The Beach Boys but often associated with Full House. Naturally, fans at the show went wild and it's no surprise. Not only is the song choice a solid one, the chemistry between Stamos, Love and Johnston is electric — perhaps because of their extensive history together. After all, Stamos has occasionally performed with The Beach Boys over the years, starting in the late '80s. One of his more notable appearances was in the music video for "Kokomo," where Stamos jams on the the conga and steel drums.

The music of The Beach Boys was also an integral part of Full House, with Uncle Jesse often proclaiming his love for the surf rock boy band of the '60s to his family. Fun fact: The band even appeared in episode of the beloved '90s television show. In the episode "Beach Boy Bingo," D.J. Tanner won tickets to a Beach Boys concert. The whole Tanner brood ends up not only attending, but getting to watch the musical magic right from the stage. It's one of the most memorable moments of the series; watching the magic of this famous band, aided by one of the most memorable characters from Full House, recreated onstage is a thing of beauty.

On the show, Uncle Jesse was an incredibly talented musician, often performing with his band, Jesse & The Rippers. In real life, Stamos is just as accomplished a musician and singer, having released a studio album back in the early '90s as well as regular appearances on Broadway (e.g. revivals of Nine and Cabaret). Over on Stamos' Instagram, he regularly peppers in some fun musical snaps with pictures from the Full House set and when he's relaxing with family. It's no surprise then that he rocked "Forever" like the boss he is. Have a look for yourself and get ready to take a trip down the Full House memory lane — it's totally worth it.

More like this
Drake’s Surprise Performance With The Backstreet Boys Was Fans’ Fire
By Stephanie Topacio Long
Jesse Tyler Ferguson Had A Funny Run-In With A Fellow ‘Modern Family’ Alum
By Grace Wehniainen
“The Door Is Always Open” For Another 'Breaking Bad' Spin-Off, Says AMC Boss
By El Hunt
The Stranger Things 4 Soundtrack Spans Classic Eras & Styles
By Brad Witter
Get Even More From Bustle — Sign Up For The Newsletter