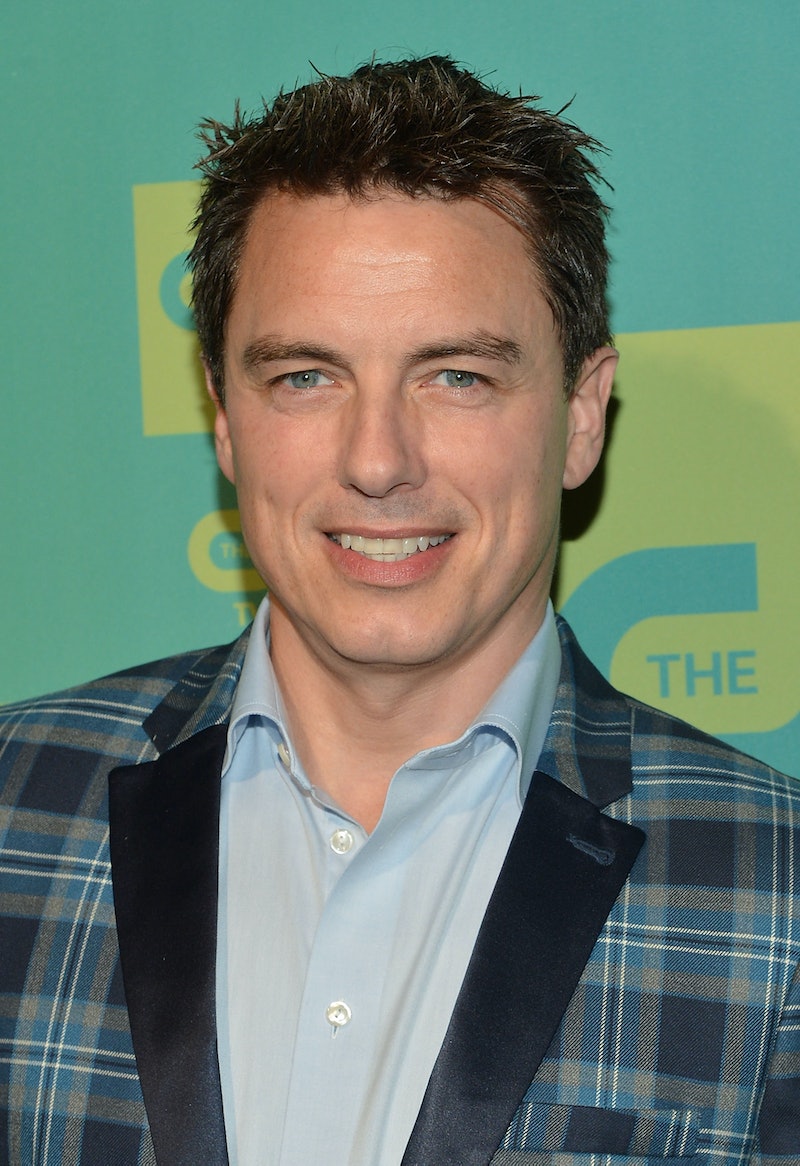 There's something fun brewing in the CW/DC Comics universe — and its name is Barrowman. In a rather unprecedented move, John Barrowman has signed a new CW network contract that allows him to appear in a large number of CW shows, not just on his home turf of Arrow. This means that the beloved baddie of Starling City, Malcolm Merlyn, is now able to crossover to any CW/DC Comics show that the network chooses, with one small caveat: the show must be one of the many that credits Greg Berlanti as the executive producer. That shouldn't be a problem, seeing as Berlanti is behind not only Arrow, but also The Flash, Legends of Tomorrow and Supergirl.

This kind of contract is relatively unusual and unheard of in television. Allowing a character that kind of mobility across television shows, especially a character who is not credited as a lead, is a major deal for a network that currently holds the keys to four major DC Comics properties. The only other actor to have that kind of mobility is another familiar CW face, Wentworth Miller. Miller of course, was a part of the team at the center of Legends of Tomorrow. His character, Leonard Snart (aka, Captain Cold) was killed off in the show's first season. In spite of this twist of fate, the terms of Miller's contract changed so that the possibility of him popping up on a show like The Flash are still available (if the show chooses to go in that direction). It looks like Barrowman is now set up to join Miller as part of a very special CW club and this equates to some very exciting possibilities for all the current CW/DC shows.

What Barrowman's now-expanded mobility across CW shows means is that there is a major chance for the network and the writers for each respective show to come together to try and create a more unified DC TV universe. Barrowman's Malcolm Merlyn could be the one character to bring all of the separate universes together, but is it feasible? Sure, there is the occasional crossover between shows (Arrow and The Flash often merge) but devoted DC fans may be scratching their heads a bit because Malcolm Merlyn does not traditionally appear in all of these collective properties.

Regardless of whether or not it's canon, the chance for the CW to dodge tradition and create a more unified DC universe is a major step forward. Just as Marvel and ABC collaborated to bring together the Marvel Cinematic Universe and Agents of S.H.I.E.L.D., the CW has a chance to connect the dots in a similar way now that the DC cinematic universe is rapidly expanding with films like Batman v. Superman: Dawn of Justice, Suicide Squad, Wonder Woman. Whether they know it or not, the CW has just made the possibilities truly endless. Barrowman's new contract is the key to a future of big possibilities for some of our fave CW shows. Are you ready to see what happens next? I know I am.