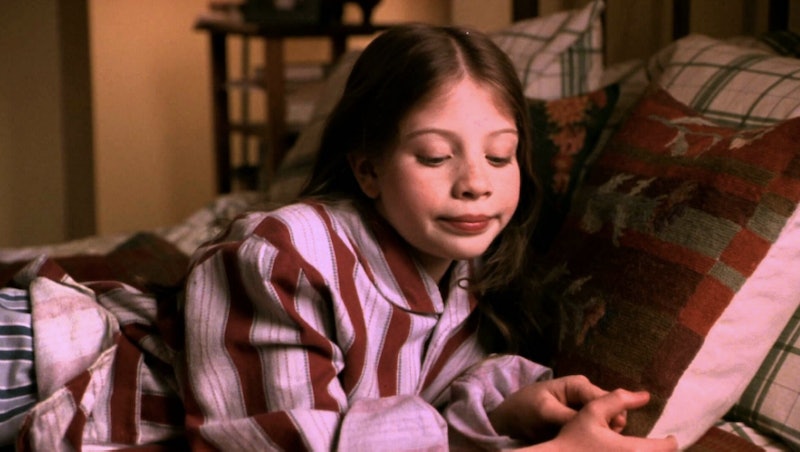 Back in 1996, the beloved children's novel Harriet the Spy by Louise Fitzhugh was brought to the big screen in what would become a beloved movie. Actress Michelle Trachtenberg led a cast of young unknowns in the adorable adaptation of the book. The movie also boasted big name stars like Rosie O'Donnell and Eartha Kitt, but what about the kids? You might be wondering where is the cast of Harriet the Spy now and I have good news: A lot of the kids are now grown-up successful actors.

Harriet the Spy was released twenty years ago, but get this: The novel was published in 1964. And boy has the story stood the test of time. Harriet the Spy in both its forms follows 11-year-old Harriet M. Welsch (Tratchenberg) who loves to snoop (or "spy") on the world around her and write her observations in a notebook. But her world turns upside down when mean girl Marion Hawthorne (Charlotte Sullivan) finds the notebook and shares all of Harriet's innocent thoughts, which actually sound a lot meaner out loud. The whole class — including friends Sport (Gregory Smith) and Janie (Vanessa Lee Chester) — turns against Harriet and she has to figure out how to make things right.

Check out what the cast is up to 20 years after all the spy fun.

Following all that spy work, Trachtenberg has had a great career on television, appearing on Buffy the Vampire Slayer as Dawn and Gossip Girl as the manipulative Georgina Sparks. She has also guest starred on NCIS: Los Angeles, Criminal Minds, and Sleepy Hallow.

These days, Sullivan is best known for playing Gail Peck on the hit summer TV series Rookie Blue, which ended last year. She has also made guest appearances on the series Saving Hope, and Blue Bloods.

Smith has had quite the success on TV in the 2000s. From 2002 until 2006, he starred as Ephram Brown in The WB/CW's Everwood. Then, he payed Dov Epstein in Rookie Blue, alongside Harriet the Spy co-star Sullivan. I wonder if Harriet spied this happening in the future.

Chester has also had many roles on TV. She appeared on Once and Again as Annie from 1999 until 2000 and played Letitia "Griff" Griffiths in the mini-series Welcome to Sandition. She also guest starred on Scorpion, How I Met Your Mother, Veronica Mars, and Without a Trace. On the big screen, she was in the movies 17 Again and The Lost World: Jurassic Park.

Tiefenbach went on to appear in the movie Harold and Kumar Go To White Castle, as well as the TV series Wonderfalls, Billable Hours, CSI, 10 Items or Less, Detroit 1-8-7, CSI: New York, and others.

So even though Harriet and the gang have left their spying days behind them, it looks like they've all continued to thriving in their acting careers.