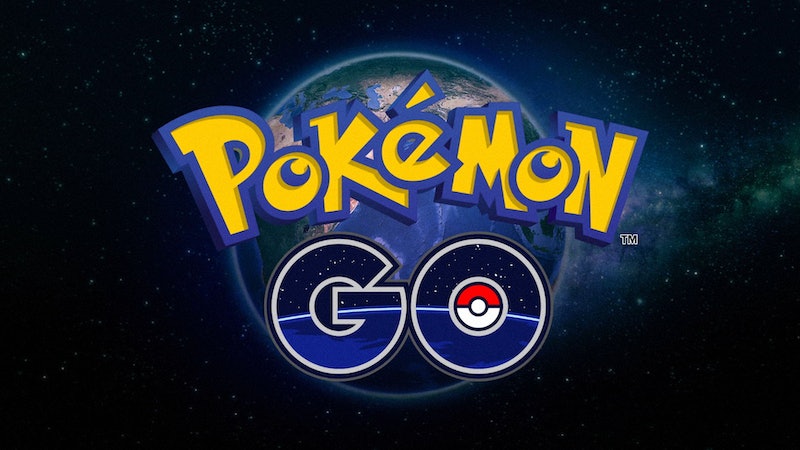 I was browsing Facebook a few days ago when I noticed that my newsfeed had been consumed — seemingly overnight — with posts about something called "Pokemon Go." Since I'd been a dedicated Pokemon fan as a kid, playing each new game on my snazzy purple Gameboy Advance, I was surprised that I hadn't heard about this newest member of the Pokemon gaming family. "What is 'Pokemon Go'?" I thought, and — like the Millennial I am — turned to the various corners of the 'Net for answers.

Here's the simple answer: "Pokemon Go" is a mobile app that you can download from the Android or iOS store. It's what's known as an augmented reality game, meaning that the app tracks your location and allows you to find and catch Pokemon in real time, right outside your neighborhood coffee shop or your subway stop. The use of your real-time environment is what makes the app so fascinating to play.

The game, by the way, is the latest in the Pokemon series, which features animal-like creatures called Pokemon (meaning "pocket monsters"). Pokemon Trainers go out into the wild, find Pokemon to catch, and then battle other Pokemon Trainers to see who has the strongest Pokemon. In retrospect, this was a rather strange system for all of us '90s kids to be obsessed with, since it would be totally illegal in the real world... but I digress.

If you download Pokemon Go, you'll be asked to choose your avatar's appearance and create a username. Then you'll have to take to the streets to discover wild Pokemon, which you can capture by throwing a Pokeball at them. The more you catch, the more powerful you'll become. Pokestops, which are locations around you of some community interest (I've found Pokestops at bars, community gardens, libraries, and murals), will let you restock your Pokeball supply and pocket other items as well. Once you hit a certain level, you can choose a team with which to ally yourself and start fighting other Pokemon Trainers for control of Pokemon Gyms in your area. These places aren't normally gyms in real life... but occasionally the odds line up, and your nearest Gold's Gym or SoulCycle will also be the site of epic Pokemon battles.

The app is free to play, and though it's been glitching like crazy these past few days, Niantic, Inc. (the developer) has worked a lot of the server issues out. If you want to be the very best, like no one ever was, get your butt over to the app store and start catching all the Rattatas and Pidgeys you'll see on your walk to work.