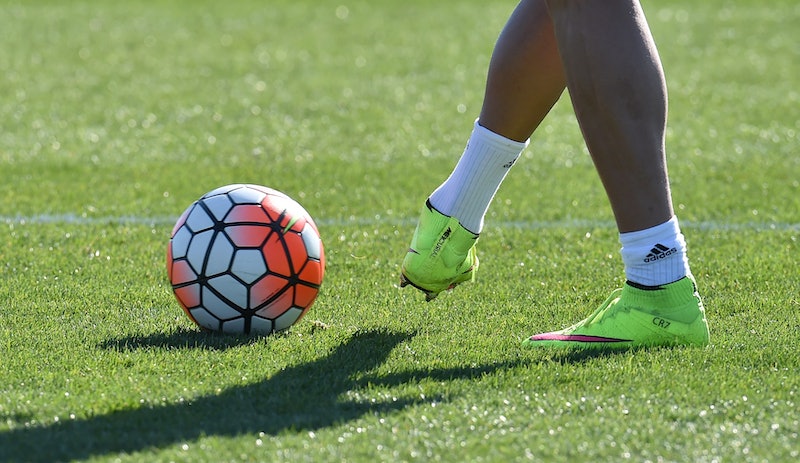 With soccer-crazed Brazil hosting the 2016 Summer Olympics, you can bet the sport will be a popular draw in Rio de Janeiro. Soccer has been a Olympic sport for more than a century. Soccer is Brazil's most popular sport and often credited as a national pastime, so it'll fit right in at the Rio Olympics.

There's some debate regarding when soccer, or football as many other countries call it, became an Olympic sport. Soccer was reportedly present at the first modern Olympic Games, held in Athens in 1896, but the sport was organized in a non-official capacity as a scratch tournament. The International Olympic Committee identifies a tournament played at the 1900 Games in Paris as soccer's inaugural moment as an official sport of the Summer Olympic Games. The Fédération Internationale de Football Association (FIFA), however, recognizes a competition between six teams hailing from France, Sweden, the Netherlands, Denmark, and Great Britain at the 1908 London Games as the first official Olympic Football Tournament.

By the time the 1912 Games rolled around four years later, the popularity of Olympic soccer appeared to have dramatically increased with 11 teams entering the tournament held in Stockholm, according to FIFA. The sport's popularity at the Summer Olympics continued to grow with a total of 14 countries that chose to participate in the 1920 Games in Antwerp.

Up until 20 years ago, however, Olympic soccer was a male-only tournament, according to the IOC. Women began competing in the sport in 1996 at the Summer Games in Atlanta with the U.S. women's Olympic soccer team defeating China 2-1 to take home the gold medal in a historic matchup. The U.S. women's team won gold for a second time at the 2004 Games after defeating Brazil, and picked up their third Olympic gold medal in soccer in 2008 in Beijing. The 2012 London Games saw the U.S. women's team back on the medal podium for a fourth time after they defeated Japan to take home the gold.

Rio's 2016 Summer Olympics will see 16 countries compete for gold medals in the men's tournament and 12 countries battling it out in the women's. Between both the men's and women's tournaments, a total of 58 matches are expected to be held in seven stadiums throughout Brazil, according to FIFA, which serves as the official Organizing Committee for the Olympic Football Tournaments.