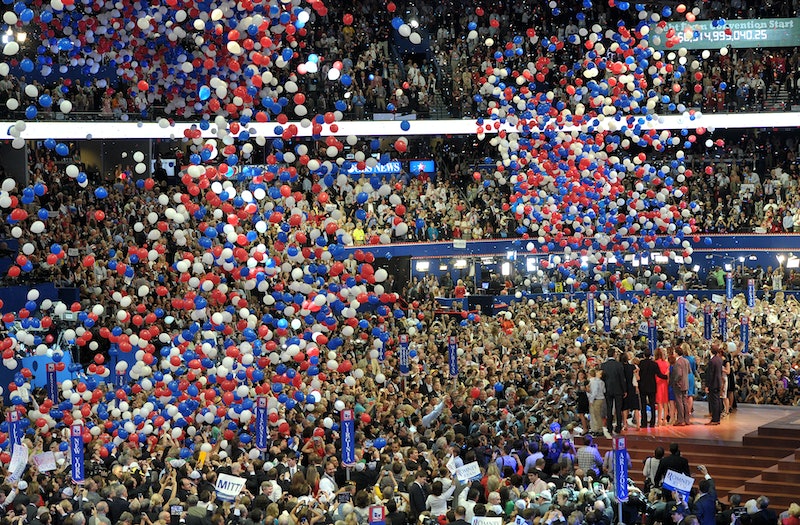 Despite all the talk of stopping Donald Trump and backroom dealings, it might come as a surprise to some that the rules for the Republican National Convention have not yet been agreed upon. The RNC Rules Committee has its first meeting on Thursday, July 14, so we'll have to wait a bit to find out what are the exact rules of the RNC. Until then, there isn't that much concrete information out there, except for who is going to be on the committee itself.

POLITICO obtained a list of the RNC Rules Committee members a few weeks ago, and it is a group made up of GOP stalwarts — party apparatchiks and insiders who have been doing this for a while. Apparently about a third of the convention rules committee, or 38 people, are elected RNC members.

When it comes to making big changes, quickly, at state or national conventions, less is often more. Movers and shakers will try to do the most amount of damage to their political opponents in the least complicated way. In the case of the Never Trump faction in the GOP, delegate Kendal Unruh from Colorado is one of the people spearheading the movement for a minor tweak of the convention rules — putting in a so-called "conscience clause" that will allow delegates to vote for whomever they believe to be the best presidential candidate to go up against the Democrats and other party nominees during the general election in November.

If Unruh and her movement, aided by allies in the Republican party establishment, like longtime rules committee member Curly Haugland from North Dakota, are able to get 56 members out of the 112 total to vote for the conscience clause, then they'll have scored a serious victory early on in their quest to stop Trump. Alternatively, at least 28 votes are needed for a "minority report" to be issued, which would then bring the clause to a floor vote in front of the entire national delegation.

This is just one possible permutation of the final rules committee report that will have to be approved by the floor once Speaker Ryan gavels in the convention. And that's not even considering the chaos that can erupt if there is a floor motion made by delegates move to amend the rules in a cleverer way to someone else's advantage.

That's the beauty — or alternatively, the horror — of a contested convention.