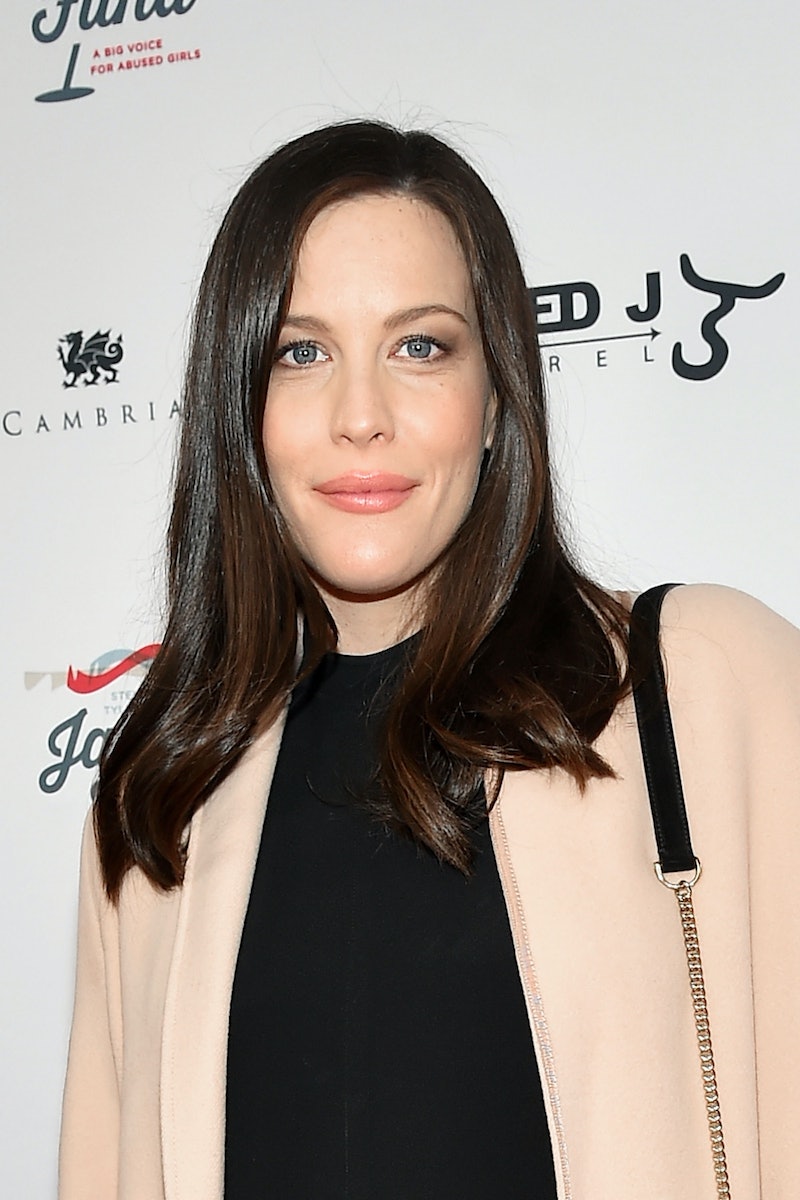 It's official: This Armageddon actor is a mother of three. According to People, Liv Tyler welcomed a daughter on Friday, July 8 with her fiancé, David Gardner — the couple's second child together after having their son, Sailor Gene, who is now 17 months old. Her rep told People Tyler and Gardner are "ecstatic" to meet their new little one, who they've named Lula Rose Gardner, which has to be on of the most adorable celebrity baby names I've heard in awhile. And don't worry, the first photos her proud parents shared of her are definitely just as cute as her name.

Tyler announced her pregnancy on Instagram back in January, so it's only fitting that she was the first to announce the news of her baby's arrival on Instagram, too. On Sunday, she shared a sweet photo of Lula — who weighed seven pounds and eight ounces at birth — with Gardner, and it seems like they've already got a pretty tight daddy/daughter bond. And judging by the amount of exclamation points Tyler used in her caption, she couldn't be more thrilled to welcome her first daughter into the world. In the black and white photo, tiny Lula is snuggled up against Gardner's chest, fast asleep.

Gardner also shared the same photo on his Instagram, adding, "Now the real work starts training her big brothers to become ninjas, martial arts experts and 24/7 body guards." Aside from Sailor, Tyler also has another son, 11-year-old Milo, while Gardner has a son named Gray. Sounds like they've got their hands full — and Lula will never have a shortage of people to play with at home!